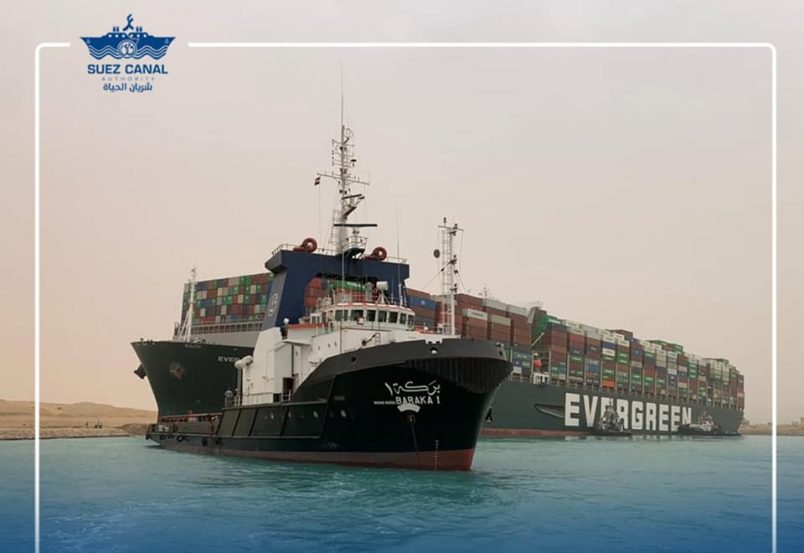 There are now at least 327 vessels waiting to transit through the Suez Canal in Egypt, as Saturday’s efforts to move the grounded MV Ever Given proved unsuccessful in an operation experts say now may take days if not weeks.

“Unfortunately, the tidal conditions didn’t help re-floating Ever Given tonight,” said Leth Agencies, a transit service provider for ships in the Suez Canal. “While the Suez Canal Authority dredgers will continue their work, tugs will assist in new attempts.”

At last count, the agency said 151 vessels are trying to head north from the Red Sea while the other 176, split between Great Bitter Lake and Port Said, are waiting to head south.

Egyptian authorities said there’s progress in that some water is now flowing beneath the ship, but favorable tides didn’t deliver the boost they’d hoped. It’s possible that some of the 18,000 containers aboard the ship will have to be offloaded onto other empty ships.

The news comes amid increasing concern about supply chain impacts and financial losses of some US$10 billion per day, as the shutdown of the critical global trade route begins what will be its sixth day since the MV Ever Given, a 400-meter-long container ship, became wedged in the canal with its bow buried into the eastern wall.

The Panamanian-flagged ship, operated by Evergreen, was heading from China to the European port of Rotterdam. It left Egypt’s Suez Port (Port Tawfiq) late Monday night.

There is not yet an official cause for the accident. Egyptian sources say a sandstorm with high winds contributed to the navigational failure, but the Suez Canal Authority said that bad weather is just one factor in the colossal mishap.