Home>Commentary>Djibouti increases reliance on Beijing, but at what cost?
By Editorial Board - 31 March 2021 at 4:15 pm 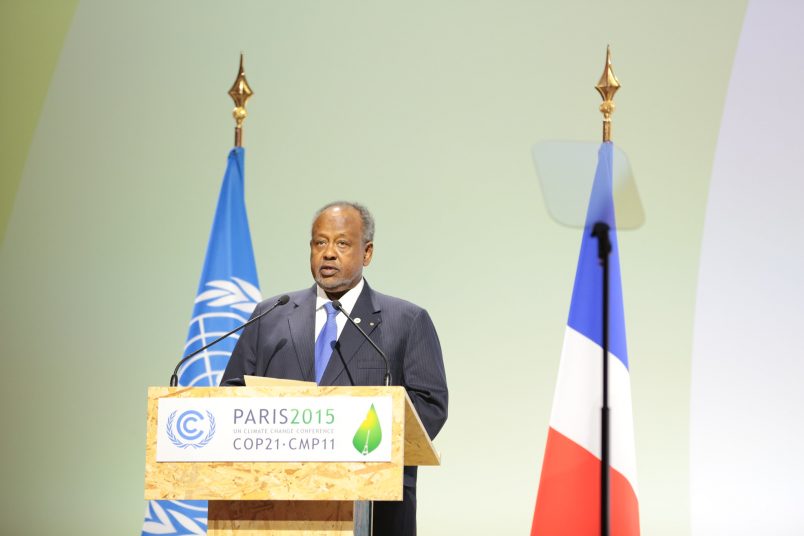 The long-time president of Djibouti, Ismaïl Omar Guelleh, has launched his re-election campaign in the run-up to national elections on 9 April. With the exception of Zakaria Ismael Jafar, an “anti-system” independent candidate, Guelleh is set to run for his fifth term unopposed. His challengers in the 2016 election have all called for a boycott of the ballot.

The fact that Guelleh is comfortably settling into his third decade in office hints at the state of affairs in this strategically important country. Though Djibouti is a tiny nation of less than one million inhabitants, it’s perched right at the mouth of the Strait of Bab-el-Mandeb, the maritime corridor for 40% of the world’s oil and entry point to the Suez and Panama canals. The waterway teems with activity, and is known as one of the most sensitive regions for world trade.

It is unsurprising, then, that many Western countries have been quick to establish a military presence in the area, including the construction of a number of military bases under the obliging purview of Guelleh. Djibouti is now home to the most extensive permanent US military base in Africa, Camp Lemonnier, which acts as the launchpad for fighter planes, helicopters and US Special Forces alike. Smaller military bases from France, Germany and others similarly populate the peninsula. Helpfully, Djibouti places zero restrictions on the type or target of military actions launched from bases within its borders, allowing for a host of controversial operations.

The West’s main geopolitical rival, China, has also been quick to set up shop along Djibouti’s coastline. In fact, Guelleh has proven particularly beholden to Beijing’s interests, banking on Chinese investments to such a degree that Djibouti is not only dependent on Beijing but highly indebted to it as well: in recent years, the country’s debt to China has reportedly ballooned to 70 percent of its gross domestic product (GDP). Guelleh’s efforts to turn the country into a commercial hub for Africa have, ultimately, led to him selling out Djibouti to Beijing’s interests.

Most grotesquely, the rapid growth of Chinese investment in Djibouti has all but failed to benefit the general population, serving instead to line the pockets of the country’s political elite. Despite a flurry of financial pledges and project launches, evidence of rampant corruption, reports of worker exploitation and persistent trade deficits have raised serious doubts about how well African leaders are protecting national interests in their dealings with Beijing – and Guelleh’s open door policy is no exception.

So bad is the corruption of Guelleh’s government that its activities have been described as a violation of human rights on their own. Fiscal irresponsibility is arguably the most egregious issue, with Djibouti receiving $40 million in yearly profits from its port – none of which appears in the official records for Djibouti’s national budget. Given that almost 80 percent of the country’s population live in poverty, the question arises what is being done with these millions, apart from enriching the political elites.

Conversely, Chinese government and state-owned enterprises (SOEs) have made a big show of prioritising Corporate Social Responsibility (CSR), but inadequate oversight from Beijing has only encouraged enterprises on the ground to follow host-government guidelines and practices – many of which wholly inadequate for the twenty-first century. In fact, many official documents regulating overseas investments lack “legally enforceable obligations and effective monitoring mechanisms” from the outset, meaning Chinese organisations tend to adapt instead to regulatory gaps in their host countries, with tragic consequences beyond just Djibouti.

An investigation in Nigeria, for example, revealed allegations that a Chinese company locked up Nigerian workers and refused to let them return home. On top of this, workers say they were expected to work non-stop shifts of more than 11 hours, with inadequate breaks: “Chinese MASTERS [sic] will boast of killing you and getting away with it,” slammed one whistleblower.

At the same time, the COVID pandemic has only exacerbated Djibouti’s reliance on China via Beijing’s so-called “mask diplomacy”: a concerted campaign of all-strings-attached vaccine deliveries, medical equipment and personnel in an effort to boost China’s image on a continent where calls for the deportation of its nationals was trending online at the height of the pandemic. While high-income economies are being charged with hoarding precious vaccine reserves, China has promised low-income economies a spot at the front of the queue in the distribution of its own, domestically-produced inoculation.

“I don’t think it’s completely altruistic,” argues Imogen Page-Jarrett of the Economist Intelligence Unit, “[distribution of the vaccine is] a means to expand China’s influence and soft power” in line with Beijing’s commercial and strategic interests. Chinese leaders are adamant that vaccines are a “global public good,” and reject any implication that the distribution of medical supplies amounts to the wielding of a geopolitical or diplomatic tool. Even so, emerging allegations of diplomatic coercion tied to Beijing-led COVID assistance in South America, such as in the case of Paraguayan relations with Taiwan, Beijing’s magnanimous assurances of neutrality ring hollow for any state unlucky enough to be on the receiving end.

Between gigantic state-backed loans with opaque clauses, flashy investment projects and an exploding military industrial complex, China’s plans for Africa should not be underestimated. With just over a week until Djibouti’s presidential elections, voters beware: Guelleh may tout vast successes with China’s eager help, but they assuredly come at the expense of the entire country.