Home>African Future>Egypt dazzles with Pharoahs' Golden Parade
By AT editor - 4 April 2021 at 1:20 am 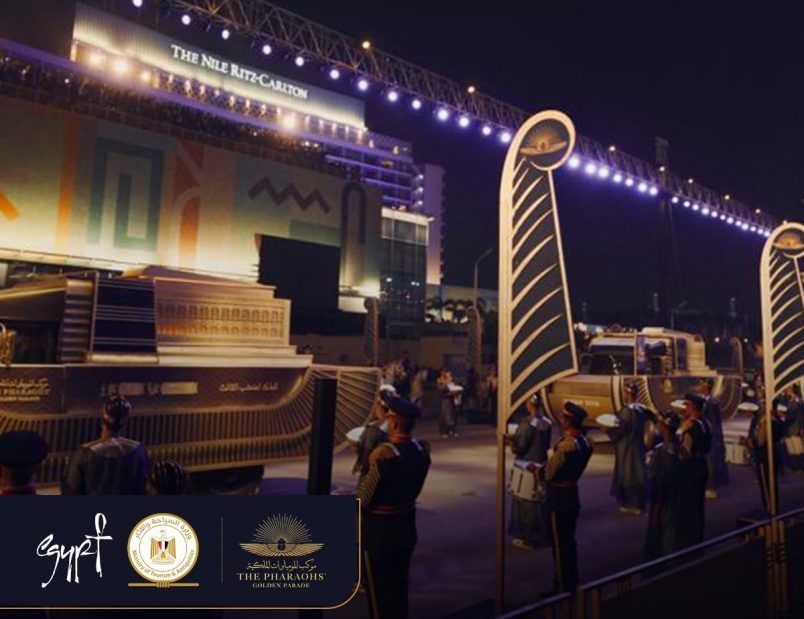 The mummies of King Ramses II, Queen Hatshepsut and 20 other ancient royals were the highlight of Egypt’s celebrations on Saturday in honor of the opening of the main hall of the National Museum of Egyptian Civilization (NMEC) in Cairo.

The mummy parade wound through the streets from Tahrir Square to the museum a few kilometers away, and was the heart of a celebration of Egypt and its antiquities that was livestreamed around the globe by the Ministry of Tourism and Antiquities.

“This majestic scene is new evidence of the greatness of this people, the guardian of this unique civilization that extends into the depths of history,” said President Abdel Fattah el-Sisi, who met the parade at its destination.

He added that the whole world was include in an event “inspired by the spirit of the great ancestors, who preserved the homeland and created a civilization in which all humankind is proud.”

An official video of the event features the parade as well as the various dignitaries attending the museum inauguration ceremony alongside Sisi. Interior shots show the exhibit space and music concerts to mark the occasion.

Work on the museum began in 2002, according to the NMEC, with a partial opening of the facility in 2017.

Image: Ministry of Tourism and Antiquities