Home>News>Pope's Easter message offers hope for Africa and beyond
By AT editor - 4 April 2021 at 3:07 pm 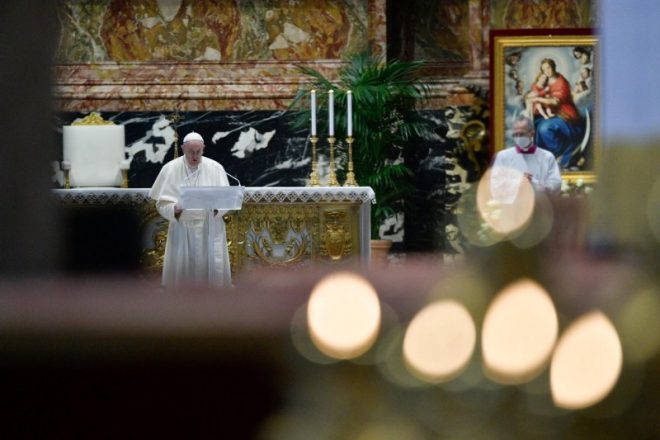 Pope Francis delivered his Easter message on Sunday with a reminder of the hope amid troubled times that is the heart of the resurrection message celebrated by Christians around the world.

“The Easter message does not offer us a mirage or reveal a magic formula. It does not point to an escape from the difficult situation we are experiencing,” said the pontiff, who celebrated Mass at the Vatican. “The pandemic is still spreading, while the social and economic crisis remains severe, especially for the poor. Nonetheless – and this is scandalous – armed conflicts have not ended and military arsenals are being strengthened. That is today’s scandal.”

The message touched on suffering around the world, including Haiti, Myanmar, Syria and Libya, and was delivered with reassurances that the death and resurrection of Jesus, so central to the Christian faith, is a narrative that recognizes how God shares in the pain of His people.

“May the light of the risen Jesus be a source of rebirth for migrants fleeing from war and extreme poverty,” said Pope Francis.

“May Christ our peace finally bring an end to the clash of arms in beloved and war-torn Syria, where millions of people are presently living in inhumane conditions; in Yemen, whose situation has met with a deafening and scandalous silence; and in Libya, where at last there is hope that a decade of bloody strife and clashes may come to an end,” he added.

The pope pointed to the African continent as well, in his hope that “the power of the risen Lord sustain the peoples of Africa who see their future compromised by internal violence and international terrorism, especially in the Sahel and Nigeria, as well as in Tigray and the Cabo Delgado region.”