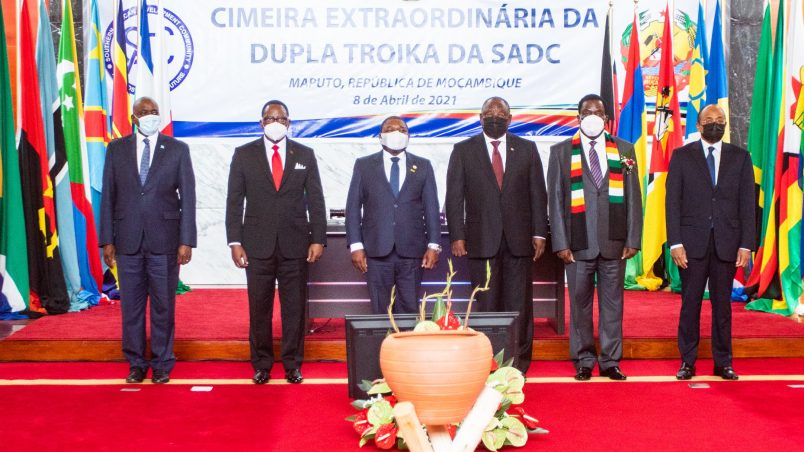 President Emmerson Mnangagwa of Zimbabwe signaled that regional military support for Mozambique may be on the way in its fight against Islamic State-aligned extremists in the Cabo Delgado region.

Mnangagwa made the comment while talking with reporters following Thursday’s Southern African Development Community (SADC) meeting, called to elevate the urgency with which the violence is being addressed.

“The Summit agreed that the SADC Force should be resuscitated and capacitated immediately so that it can intervene,” said Zimbabwe’s president, who is the outgoing SADC chair for Politics, Defence and Security Cooperation.

“The Defence and Security Chiefs now have the responsibility to implement the decisions of the Double Troika.”

Officially, the SADC said in its communiqué that they decided on a “technical deployment” to be dispatched immediately to Cabo Delgado, followed by another extraordinary meeting on April 28.

The communiqué also noted the “acts of terrorism perpetrated against innocent civilians, women and children in some of the districts of Cabo Delgado Province,” and “affirmed that such heinous attacks cannot be allowed to continue without a proportionate regional response.”

Although armed militants claiming Islamic State affiliation have been active in Mozambique since 2017, the past year has seen a relentless escalation in the violence. Nyusi has called for assistance in putting down the threat.