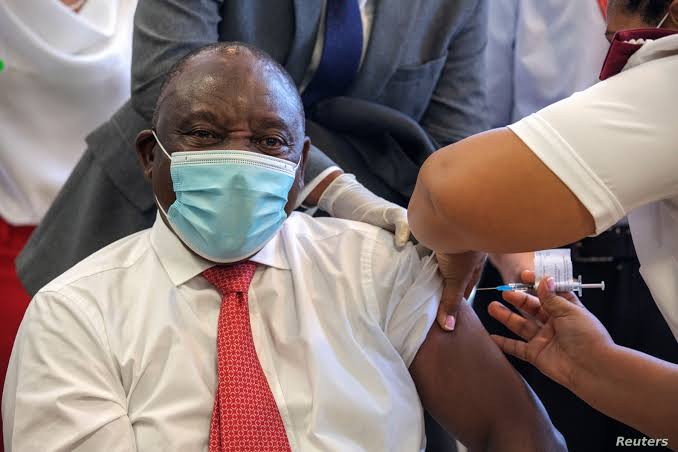 As with so many other facets of global wealth (and health) inequality, the rollout of the four Covid-19 vaccines produced by Western pharmaceutical companies and approved by American and European health officials – the “Big Four” of Pfizer/BioNTech, Moderna, Oxford/AstraZeneca, and Johnson & Johnson – has quickly became yet another tale of haves and have-nots.

On the one hand, despite blood clot fears impacting first the distribution of AstraZeneca’s vaccine and now the one-dose Johnson & Johnson jab, officials in the United States are still on pace to have 230 million adults vaccinated by next month, thanks to their overwhelming share of the global stock of Pfizer and Moderna mRNA vaccines. On the other hand, public health officials across sub-Saharan Africa have been left to piece together the distribution of a woefully inadequate share of the very vaccines now being shunned by their Western counterparts. According to the World Health Organization’s latest figures, Africans have received just 2% of the 690 million Covid-19 vaccine doses administered worldwide to date.

As South Africa learned when it paid twice the European rate for doses of AstraZeneca, African governments are even expected to pay a premium for the privilege of being left out of the international vaccine race. The experience, unsurprisingly, has led African leaders such as South African president Cyril Ramaphosa and Rwandan leader Paul Kagame to conclude they cannot rely on global goodwill to protect their own citizens from the ravages of Covid-19 and other transmissible diseases. At a virtual conference organized this week by the African Union and the Africa Center for Disease Control and Prevention (CDC), Ramaphosa, Kagame, and other leaders set an ambitious new target: 60% local vaccine production for major diseases by 2040, compared to just 1% today.

While Western politicians and pharmaceutical companies ignore the fears and frustrations of African health experts at their own peril, there are nonetheless a few important shades of gray in this seemingly clear-cut story of inequality. Both the Pfizer and Moderna vaccines, with their onerous refrigeration and storage requirements, are wholly unfit for use in most parts of a continent where 600 million people lack reliable electricity. That has left AstraZeneca and Johnson & Johnson as the two primary vaccinations of choice for countries in the developing world, including much of sub-Saharan Africa but also large parts of South America and South and Southeast Asia.

This consideration has shaped COVAX’s approach to vaccine acquisition since it began in February, with 340 million doses of AztraZeneca representing the overwhelming majority of the scheme’s supply and up to 500 million doses of Johnson & Johnson contracted by the Global Vaccine Alliance (Gavi), which leads the COVAX effort. Now, however, the health concerns surrounding both vaccines are likely to weigh on the willingness of young Africans to receive them, even if the potential risks associated with both AstraZeneca and Johnson & Johnson are far lower than other medications in common use, notably contraceptive pills.

All the same, governments such as that of the Democratic Republic of Congo (DRC) temporarily suspended administration of the AstraZeneca jab despite the desperate need, with health minister Eteni Longondo saying his government was “waiting for the conclusion of the research that is being done by the Europeans and also by our own scientific committee and then we will make a final decision.” The setback underscored the impact European and American debates over vaccine safety and effectiveness have on African recipients, but also the need for African health services to have more than two options to work with – especially as AstraZeneca comes up short in the face of South Africa’s homegrown Covid variant.

A second generation of vaccines on the way

Fortunately, a new slate of vaccines fit for use in the least-developed areas of sub-Saharan Africa are currently undergoing trials and could soon offer African health officials alternatives to the AstraZeneca/Johnson & Johnson duopoly. They include the AKS-452 vaccine produced by Akston Biosciences, which is currently undergoing a Phase I/II clinical trial hosted by the University Medical Center Groningen (UMCG) in the Netherlands.

The second generation Akston AKS-452 vaccine, as compared to the current generation of Covid-19 vaccines currently available, offers a critical advantage in the sub-Saharan African context, where electricity is often unreliable or unavailable: it does not require refrigeration. More specifically, the AKS-452 vaccine can remain shelf-stable for over four months at temperatures of up to 25°C, but even when kept at temperatures of up to 37°, Akston’s vaccine can retain its effectiveness for an entire month.

The lead researcher in the UMCG trial, Dr. Schelto Kruijff, pointed directly to this aspect of the vaccine’s design in explaining the urgency of the study, saying that “from my volunteer work in Malawi and Kenya, I understand how important it would be to have a vaccine like this, which can be transported and stored for months without refrigeration.” Initial studies of the jab have demonstrated its effectiveness against emerging variants of Covid, which will continue to actively supplant the base form of the SARS-CoV-2 virus as second-generation vaccines – including AKS-452 as well as a “self-amplifying” RNA vaccine currently being developed at Imperial College London and a Novavax vaccine that uses an “adjuvant” to enhance immune system responses – navigate the approvals process.

The leading candidates of this new generation of vaccines hold great promise, but they will take time to complete trials and enter the supply chain. In the meantime, the industrialized countries hoarding the majority of the world’s available doses and demonstrating what WHO Director-General Dr. Tedros Adhanom Ghebreyesus called a “catastrophic moral failure” will need to decide whether they want to tackle this global pandemic on a global scale – or whether they instead prefer to leave large swatches of an entire continent unvaccinated and prey to new variants which will invariably travel to Europe, Australia, and North America.