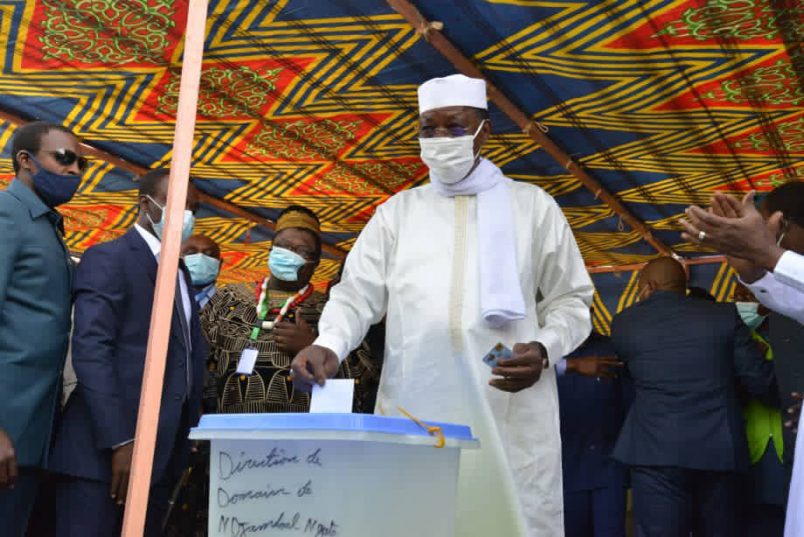 President Idriss Déby of Chad has died following injuries sustained during fighting in the country’s north, according to a state spokesman.

The longtime leader of Chad died Tuesday following wounds inflicted at the weekend, according to Gen. Azem Bermandoa Agouna in an announcement on state television. The death was quickly confirmed by Agence France-Presse, RFI and other international media services.

The president’s son, General Mahamat Kaka, is serving as interim leader but few other details were immediately released.

The 68-year-old Déby was just declared provisional winner of another presidential term on Monday, with nearly 80 percent of the vote in the April 11 election. He had been in power for three decades.

The fighting in Chad has commanded international attention, including that of African Union Commission head Moussa Faki Mahamat, who issued a statement Monday expressing concern over armed group attacks.

They “constitute an unacceptable attack on the constitutional order and stability of the Republic of Chad, at a time when the country has just organized regular and peaceful presidential elections,” he said.

Among others, the French government – with its investment in the security of Chad and the wider Sahel region – was quick to issue its condolences.

“Chad is losing a great soldier and a president who has worked tirelessly for the security of the country and the stability of the region for three decades,” the statement said.

“France loses a courageous friend,” it continued. “France stands alongside the Chadian people in this ordeal.”