Home>CUTTING EDGE>Latest updates keep Africa in path of falling Chinese rocket debris
By AT editor - 8 May 2021 at 1:40 pm

All eyes are on the skies as space debris from China’s Tianhe-Long March rocket launch edges closer to a fall from orbit, with parts of the African continent still within the range of places that could be affected by any rocket debris that falls to earth.

The latest update from the European Union’s  Space Surveillance and Tracking (EUSST) program, issued at about 1:30 p.m. Cairo time, showed a narrowing track with the uncontrolled CZ-5B R/B rocket reentry over the eastern Mediterranean region near Egypt. The time window for the expected fall also has shifted, with the EUSST predicting an arrival near 02:11 UTC Sunday, plus or minus about three hours either way.

The tracks are similar in the latest update from the Aerospace Corporation in the United States, with the below image issued several hours later. That prediction puts any debris over the Atlantic Ocean closer to the Azores. 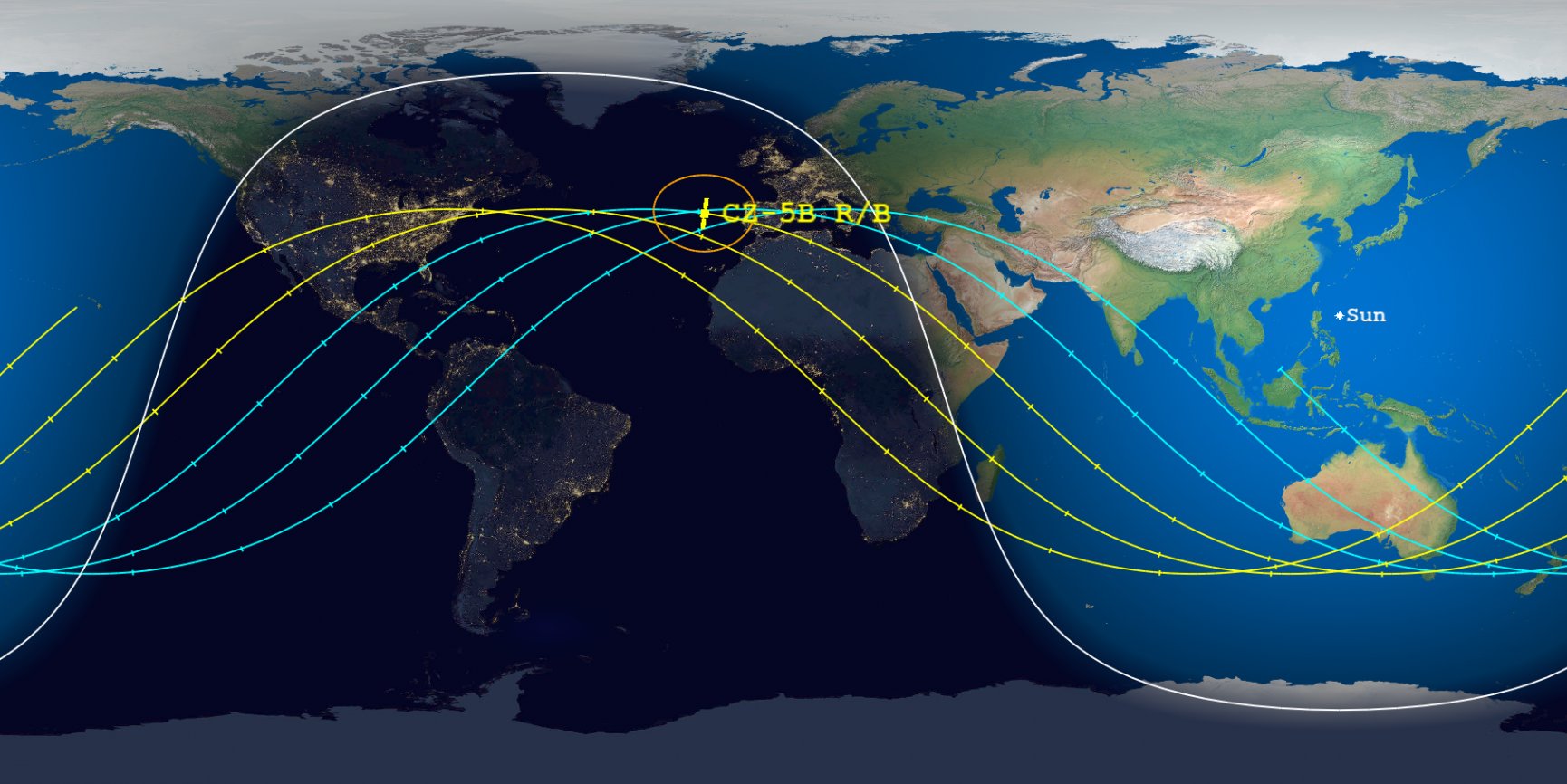 The falling space object weighs between 17 and 22 tons with a size of about 30 meters. Experts with the EU and other global space agencies say there’s little danger to the planet’s people because most of the debris will burn up on re-entry. There’s also a far greater possibility of the debris landing somewhere in the world’s oceans or in sparsely populated zones than the chance that CZ-5B R/B debris will hit any large urban centers.

But it’s not impossible. Debris from a Chinese rocket launch was believed to have rained down on parts of Côte d’Ivoire last May, and now that the same scenario is playing out again the rest of the world is asking about China’s compliance with international best practices meant to prevent such falls from orbit.

China is defending its science, though, with the foreign ministry insisting that the same thing happens to space programs in other countries.

“China is following closely the upper stage’s reentry into the atmosphere,” said spokesman Wang Wenbin on Friday. “To my knowledge, the upper stage of this rocket has been deactivated, which means that most of its parts will burn up upon reentry, making the likelihood of damage to aviation or ground facilities and activities extremely low.”