Home>News>Maldives launches search for Chinese rocket debris
By AT editor - 9 May 2021 at 5:40 pm 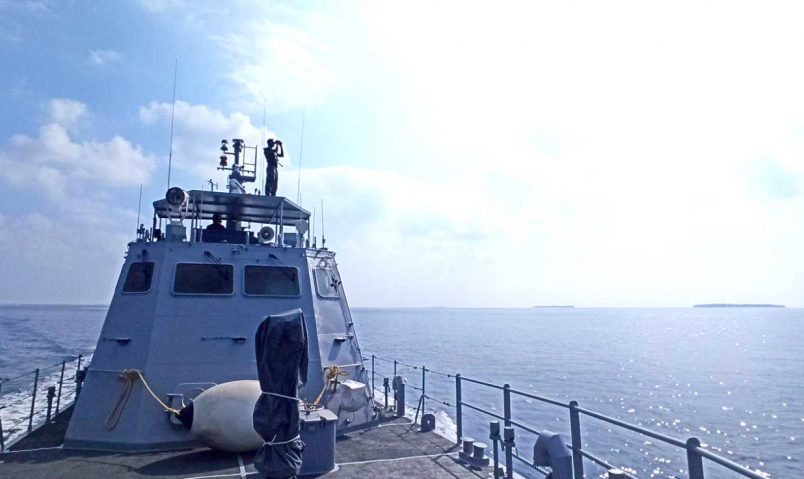 Authorities in the Maldives were searching on Sunday for debris from China’s uncontrolled CZ-5B R/B rocket, which reentered earth’s atmosphere and broke apart over the Indian Ocean and just west of the island nation group.

The Maldives National Defence Force said a Coast Guard squadron was activated after receiving reports that debris from the much-anticipated rocket had fallen into its territorial waters along the Central Area Coast. There were no immediate reports of damage or injuries.

The debris came down at 7:24 am. local time, according to Maldives media reports. The Chinese government said the Tianhe-Long March rocket debris was centered over coordinates 72.47°E and 2.65°N.

The disintegrating rocket was visible in the early morning skies over Israel and Jordan before crossing Saudi Arabia. Video taken from Oman and shared on social media showed the space object had developed a visible tail as it headed out over the Arabian Sea and into the Indian Ocean. Independent tracking from the United States Space Force suggests debris also may have fallen across the Saudi Arabian desert.

It’s the second time in as many years that debris from China’s rockets has rained down on earth, with the previous reports coming from parts of Côte d’Ivoire last May. China defends its practices but the international community has criticized China’s space program as reckless, including comment from the U.S. over the weekend.

“Spacefaring nations must minimize the risks to people and property on Earth of reentries of space objects and maximize transparency regarding those operations,” said NASA Administrator Sen. Bill Nelson.

“It is clear that China is failing to meet responsible standards regarding their space debris.”