Home>ENERGY & COMMODITIES>After Ever Given accident, Egypt plans to expand Suez Canal
By AT editor - 11 May 2021 at 7:46 pm 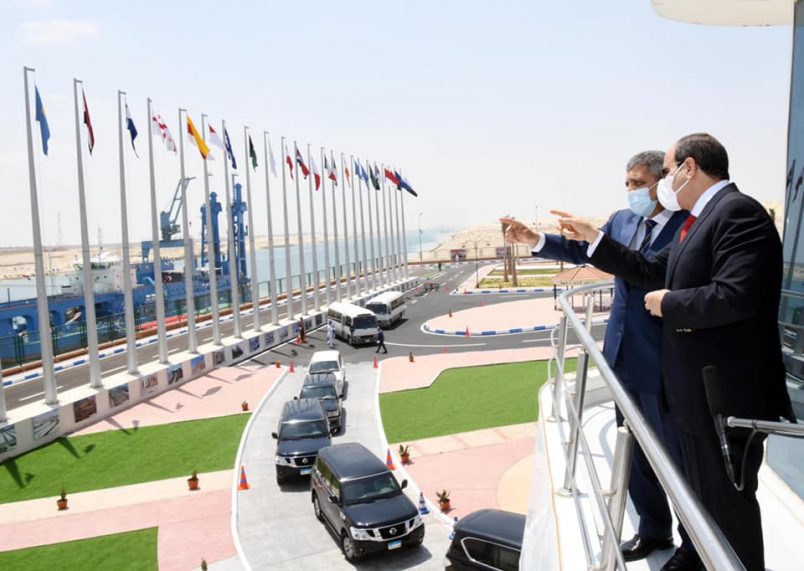 Egypt plans to expand the southern part of the Suez Canal, where the MV Ever Given captured global attention after getting stuck for nearly a week and shutting down the key marine shipping route.

Osama Rabie, head of the Suez Canal Authority, made the announcement Tuesday during events attended by President Abdel Fattah el-Sisi, according to local media outlets.

The southern portion of the canal between the Great Bitter Lake region and the Red Sea was never improved as part of Egypt’s US$8.5 billion improvement projects in 2015. When the MV Ever Given became wedged across the canal on March 22, it became all the more clear that expansion was needed to avoid similar mishaps in the future.

Rabie said that 40 meters will be added to the width of the southern canal portion and the depth will change from the current 127 meters to 172 meters. There are also plans for a 10-kilometer extension of a second canal that allows for more traffic on the northern portion but not in the southern stretch.

The Suez Canal Authority already had plans to expand the existing southern canal portion but the MV Ever Given accident forced Egypt to move more quickly.

The ship and its contents are still held in the Great Bitter Lakes because of legal disputes over the astronomical financial impacts of the accident. Egypt’s own investigation cleared the canal authority and its personnel of all wrongdoing, while the canal authority filed a $916 million claim against Shoei Kisen, the Japanese owner of the ship. That’s since been reduced to $600 million with the outcome still pending.