Home>African Future>Macron, Tshisekedi host economic summit for African leaders
By AT editor - 19 May 2021 at 12:26 am 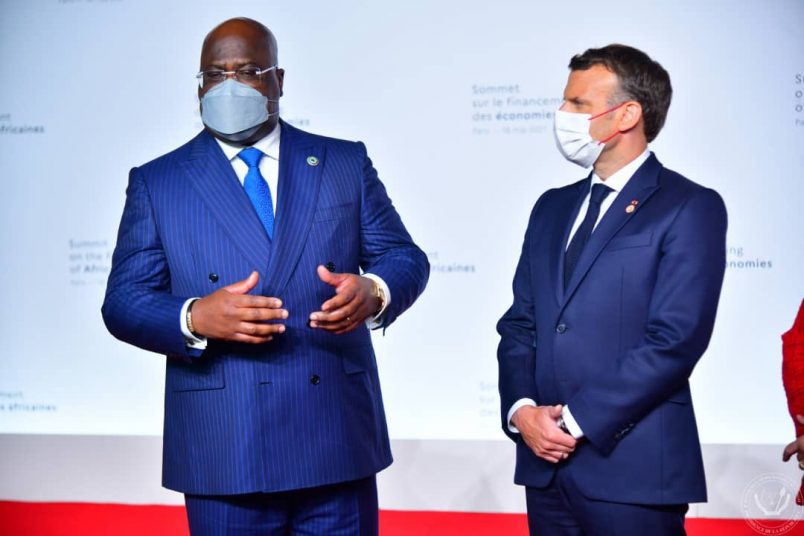 President Felix Tshisekedi of the Democratic Republic of Congo co-hosted a summit on financial assistance for  African economies on Tuesday, joining French President Emmanuel Macron at the Grand Palais Éphémère in Paris to discuss strategies for boosting recovery aid following the COVID-19 health and economic crisis.

Tshisekedi, speaking in his role as current chair of the African Union, was joined by some 30 African heads of state including President Nana Akufo-Addo of Ghana and his Rwandan counterpart Paul Kagame. Also on hand were Kristalina Georgieva, the head of the International Monetary Fund, and leaders from European nations and other global bodies.

“Africa deserves a fair shot: to end the crisis, improve lives, and build a digital green future,” said Georgieva. “The world must step up for Africa as it steps up for its people. We at IMF will do our part.”

The IMF estimates some $285 billion in additional financing will be necessary through 2025 because of the pandemic, with about half of that destined for low-income African nations. Summit participants discussed components of what Macron called a New Deal for Africa that included debt relief, as well as funding priorities for delivering electricity to Africans and the digital transformation of economies.

“Africa is our neighbor, the continent with which Europe has the most links, the most travel and the most ties,” said Macron. “A scenario where Europe recovers while Africa plunges into distress, with a health crisis and a recession, is inconceivable.”