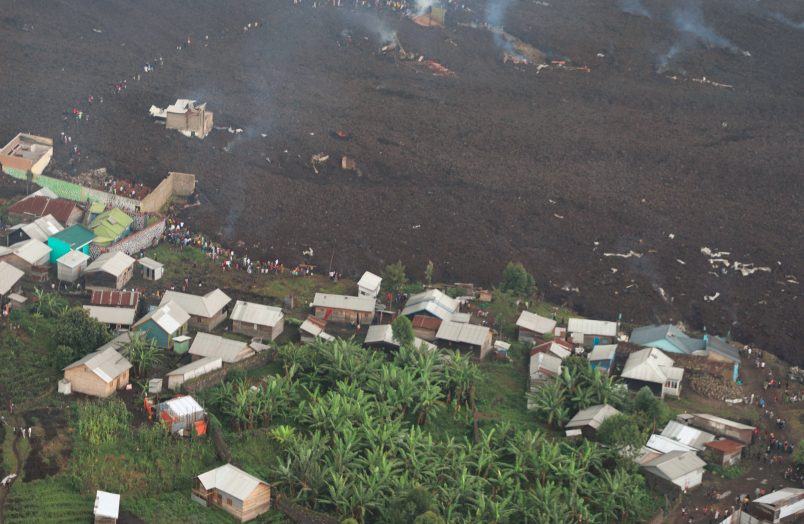 At least 15 people are dead following the eruption of Mount Nyiragongo volcano on Saturday, according to Congolese authorities who continue to assess the damage and coordinate aid response to affected villages.

The 15 fatalities come from road accidents during an evacuation of Goma and its surroundings, and include four deaths that happened during an attempted prisoner escape at Munzenze. Two of the dead were overcome by fire and lava that coursed into some 17 villages but stopped short of the border city of Goma. Many Goma residents fled east into Rwanda, where at least two earthquakes happened Sunday in and near Gisenyi.

Officials in Virunga National Park, home to the volcano, said tourists were all safe and so were the endangered mountain gorillas who live there.

The North Kivu regional government said the eruption began about 5 p.m. local time. The status of the volcano was previously in a yellow caution state, according to the Goma observatory monitoring Mount Nyiragongo, with an increase in activity noted in recent weeks.

The lava flows stopped about 4 a.m. Sunday near Buhene and many residents began returning to their homes in Goma.

A 2002 eruption poured lava over 13 percent of the city – home to up to 2 million people – and claimed at least 100 lives. About 400,000 people were displaced by the volcano, which is among the most active in the world.