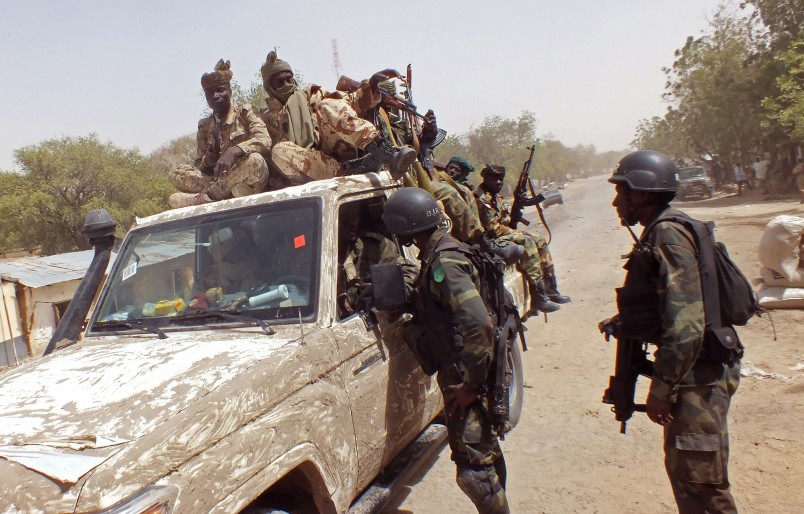 Mahamat Idriss Déby, the head of Chad’s Transitional Military Council (CMT), scored another political endorsement last week, with a visit to Abuja earning him the support of Nigerian President Muhammadu Buhari. Nigeria follows in the footsteps of France and the USA, who have also given their backing to Déby’s running of the country in the short term.

Mahamat Déby replaced his father Idriss, who had ruled Chad with an iron fist for more than three decades and was killed by rebels while leading the army last month. Civil rights organizations have criticized the transition of power and condemned the CMT for what they saw as a breach of the country’s constitution, which calls for fresh elections to be organized within 90 days if the head of state is incapacitated. However, the cold reality is that Chad is a vital lynchpin for African security and one of the main actors stemming the spread of Libya’s decade-long civil war into other parts of the continent. With rebel groups gaining in influence and violence intensifying in the region, the CMT is Chad’s best hope at maintaining stability against the ever-present threat of chaos and conflict.

Buhari’s endorsement of Mahamat Idriss Déby’s stewardship echoed the words of French President Emmanuel Macron, who was the only western head of state to attend the funeral of his father. Macron called the deceased ex-ruler a “friend” and “courageous leader”, implicitly lending his support to the CMT’s ascension to power through his presence and his eulogy. Washington followed suit earlier this month, with the Biden administration paying tribute to Déby the elder and tacitly sanctioning Déby the younger as the country’s new commander-in-chief during an 18-month transition period. And in late May, the African Union also endorsed the transition period, rebuffing hardliners who were calling for elections to be organized sooner.

It’s not difficult to see why. Chad has one of the most powerful armies in sub-Saharan Africa, securing military partnerships with both France and the United States. Thank to this support, N’Djamena has been instrumental in quashing insurgencies in neighboring Libya, Sudan and the Central African Republic (CAR). It’s one of the strongest pillars of the G5 Sahel military alliance and played a crucial role in dislodging and containing Boko Haram in the Lake Chad basin region. It’s this military prowess that has been so effective in keeping the tide of violent dissidence at bay in the region, which is why Paris and Washington are so eager to prevent a power vacuum that could see that fragile balance disintegrate in Chad and its surrounding environs.

Rebel threat on the rise

With 2020 having been the deadliest year on record with regard to Islamic extremism in the Sahel region, the international community are understandably keen to avoid a deterioration of the situation in the wake of Déby’s death. The 68-year-old was assassinated by rebels from the Front for Alternation and Concord in Chad (FACT), who appear to be growing in power. Although they number barely more than 1,500 in foot soldiers, they are reportedly being supplied with weapons and training by Russian, Saudi and Emirati elements, as well as having ties to the longtime Chadian dictator Hisséne Habré.

Habré is currently serving a life sentence in a Senegalese prison after being convicted of crimes against humanity (including rape), the first time that such a sentence has been passed down on an a former ruler by the courts of another country. While foreign powers have acknowledged the errors of their complicity in propping up Habré, they are very conscious that Déby’s military muscle is the only thing holding back groups like FACT. Indeed, the unorthodox nature of his army, which was comprised of religious and ethnic groups loyal to the ex-President’s personality as much as his office, means that Chad is now at a perilous crossroads with regard to its future.

With that in mind, a CMT fronted by Déby the younger appears to be the best option for keeping the country together and navigating a route towards fair and free elections in a reasonable timescale – something which Déby has insisted he will do. The appointment of a civilian prime minister is the first step in the right direction and the international community should support the smooth transition of power.

For now, that means lending CMT the legitimacy (and potentially the boots on the ground) that it needs to negotiate this difficult period in Chadian history. Failure to manage the situation appropriately could see the country go down the road taken by some of its unfortunate neighbors, with the seemingly endless civil war in Libya a glaring example of what horrors await if the transition is not achieved satisfactorily. With his own military experience and the capable support of the Chadian army, Déby is best placed to provide a steady hand on the tiller in these troubled waters, which is the main reason why he has and should continue to rack up endorsements from leading western governments in the short to medium term.