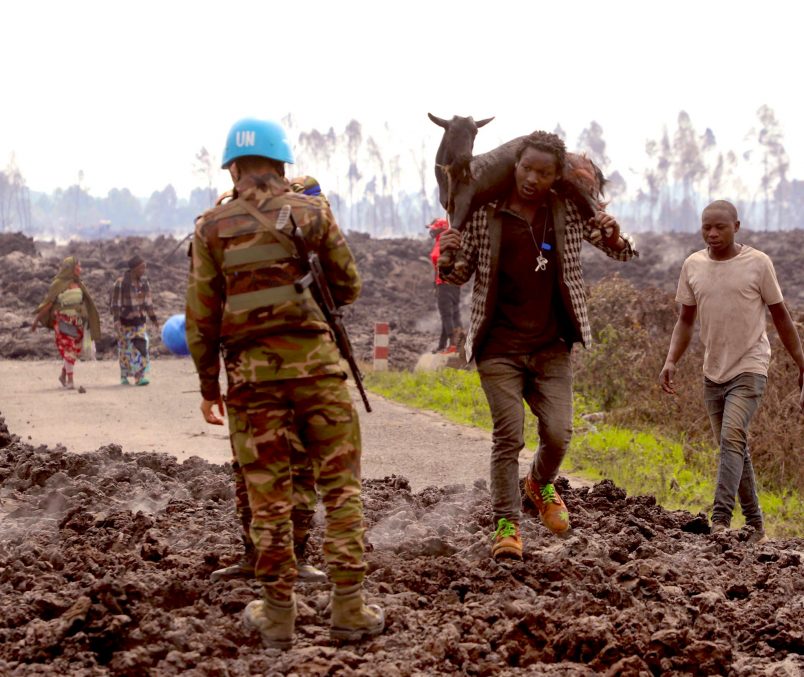 Earthquakes continued to rumble in western Rwanda following the weekend eruption of Mount Nyiragongo volcano, with some 651 Congolese who fled the Goma area now taking refuge across the border, according to Rwandan media.

The latest 4.6-magnitude quake happened Tuesday evening near Gisenyi and was one of a series of shocks since the volcano erupted about 5 p.m. Saturday. The death toll has reached 32, with at least 2,500 homes destroyed by the sudden lava flows.

The ongoing quakes caused more homes to collapse in the Congolese border city of Goma, while Rwandan authorities ordered the evacuation of a hospital because of the continued shaking.

Damages from the volcano are slowing humanitarian aid to the region because the Goma International Airport remains indefinitely closed and key roads leading from Goma were covered in lava that is still too hot to remove.

Congolese officials have agreed to fund scientific observers to monitor Mount Nyiragongo, in response to fears over another eruption and criticism of funding cuts that idled researchers at the site of what many call the world’s most dangerous volcano.

The status of the volcano was previously in a yellow caution state with an increase in activity noted in recent weeks.

A 2002 eruption poured lava over 13 percent of the city – home to up to 2 million people – and claimed at least 100 lives. About 400,000 people were displaced by the volcano, which is among the most active in the world.