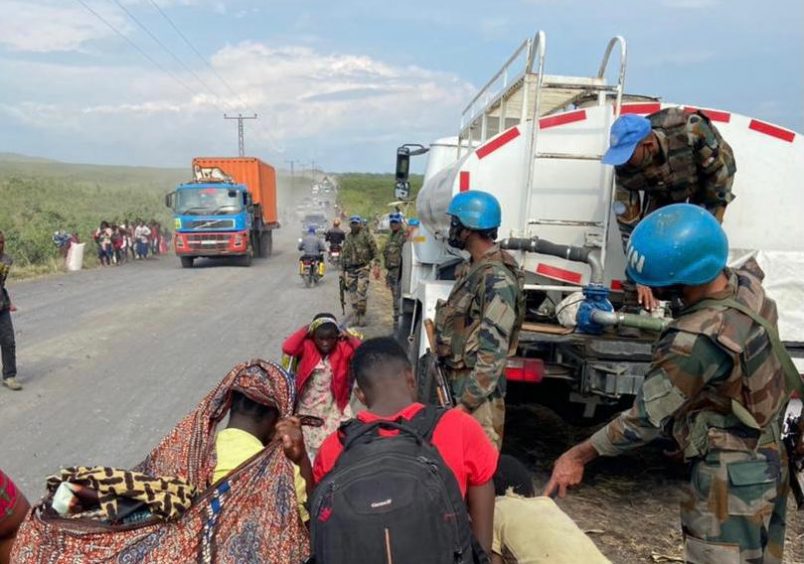 When Mount Nyiragongo erupted on Saturday, residents of Goma in the Democratic Republic of Congo evacuated the city until the lava flows stopped. Although 17 villages were destroyed and some three dozen people died, the rest were allowed to return – but not for long.

That’s because of serious concerns of a limnic eruption, a relatively rare phenomenon that could release toxic gases into the atmosphere and potentially kill thousands of people. It’s happened before in Cameroon, where more than 1,700 people died some 30 years ago.

Lake Kivu contains at least 60 billion cubic meters of methane and 300 billion cubic meters of carbon dioxide, and researchers have long been concerned that a disruptive quake could cause the same kind of gas release seen in Cameroon. Previous research into how magma flows underground and causes quakes suggested the possibility, with some scientists calling Mount Nyiragongo the most dangerous volcano on the planet.

By Thursday, Congolese scientists had examined the Mount Nyiragongo crater and found the lava lake was empty. They also monitored seismic activity that rumbled beneath the populous Goma and neighboring Rwanda, with hundreds of small quakes reported, and determined that lava was draining beneath the city and adjacent Lake Kivu.

That’s when authorities called for a massive exodus of the city. They ordered roughly a million residents from 10 of its 18 zones to head into Rwanda, or west into Sake and other Congolese communities. It remains unclear when they may return, as Congolese officials and their international partners ramp up humanitarian aid efforts for the displaced.