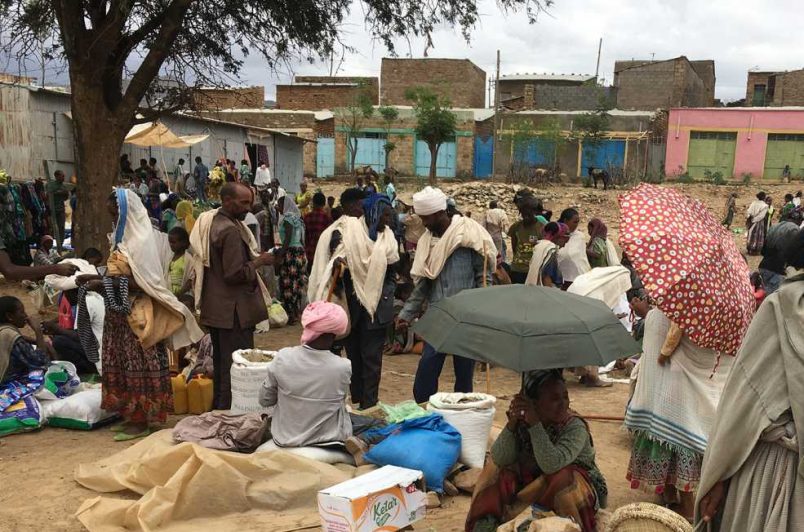 The humanitarian crisis in Ethiopia’s Tigray region has reached a level of food insecurity not seen since the 2011 famine in Somalia, according to a new United Nations report released Thursday.

The Integrated Food Security Phase Classification (IPC) update warns that more than 350,000 people in the Tigray conflict zone, and in neighboring Amhara and Afar, are in a Level 5-Catastrophic situation, the highest level on the scale. Another 2 million people are in Level 4-Emergency status and 3.1 million are in Level 3-Crisis, with a total of 61 percent of the evaluated population within those three categories.

“This severe crisis results from the cascading effects of conflict, including population displacements, movement restrictions, limited humanitarian access, loss of harvest and livelihood assets, and dysfunctional or non-existent markets,” the IPC report said.

In a worst-case scenario, any failure to stabilize the region that leads to expanded conflict will add to displacements and interfere with humanitarian aid.

Fighting between Tigray regional forces and Ethiopia’s military broke out in November when a northern Ethiopian Defense Force post was attacked following the Tigray election of Debretsion Gebremichael, in what Addis Ababa rejected as an illegal process. Ethiopia’s government is based on an ethnically distributed federalist system, with long-standing tensions in Tigray and other autonomous zones.

Eritrean forces crossed the border to join in the conflict, which has brought condemnation from the international community and accusations of potential war crimes as well as the humanitarian aid crisis assessed by the IPC.

The IPC is an agency made up of 10 partners including UN agencies and global NGOs.