Home>Politics & Policy>AU observers detail challenges as Ethiopia awaits election results
By AT editor - 24 June 2021 at 3:24 am 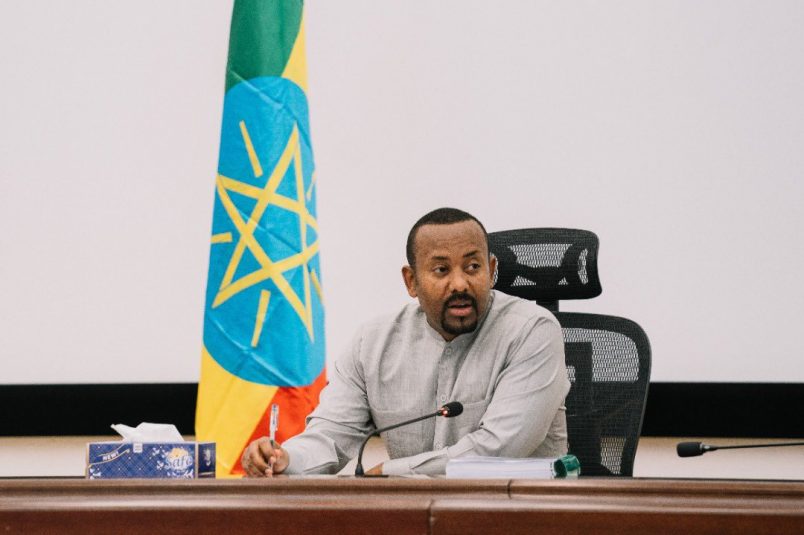 As Ethiopians continued to wait for official results in Monday’s elections, the African Union election observer mission issued a preliminary report concluding that despite some flaws, the voting process was orderly and peaceful.

“There was nothing, in the Mission’s estimation, that distracted from the credible conduct of the elections,” said the team of roughly 60 observers led by former Nigerian president Olusegun Obasanjo.

The AU acknowledged the ongoing security and humanitarian crisis in the northern Tigray region, where another 64 people died on Tuesday in an airstrike on a village market in Togoga. Ethiopians in Tigray were unable to participate in the voting.

“Similarly, ethnic-induced and border-related conflicts in some regional states such as Somali-Afar, Benishangul-Gumuz (Amhara) and West Wollega, which the authorities designated as ‘hotspots,’ also impacted the elections,” said the AU. It also noted the challenges in the Oromia region, where the Oromo Federalist Congress (OFC) boycotted elections because of harassment, intimidation and mass arrests of opposition leaders across the past year.

The AU observers monitored 249 polling stations across the country, noting that 13 did not open on time while voters at some locations experienced ballot shortages and long lines. Voting in Gambela and a few other spots was extended because of interruptions caused by a lack of ballots.

Prime Minister Abiy Ahmed and his Prosperity Party are expected to win the elections, though the security and human rights challenges cast yet another shadow on his administration since Abiy took office in 2018. Preliminary results are expected by week’s end, though it may take two weeks before the National Election Board of Ethiopia (NEBE) certifies official results.