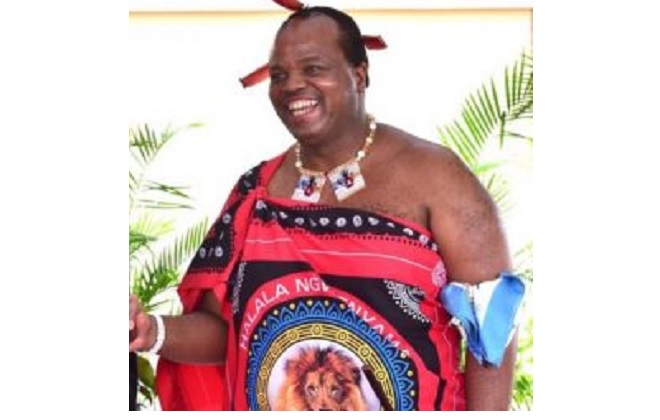 The southern African nation of eSwatini has denied reports that its controversial monarch, King Mswati III, has left the country as protesters demand pro-democracy government reforms.

In a statement issued Tuesday, Acting Prime Minister Themba Masuku said the king “is in the country and continues to lead” while citing false media reports as the source of conflicting news that said Mswati had fled.

“Government will update the nation on interventions on the current situation as the day progresses,” said Masuku. “In the meantime, we appeal for calm, restraint and peace.”

At least one person was shot in clashes that began on Saturday, according to local media reports. The political protests in and around Mbabane, the government capital, have led to blocked roads, vandalism and arson.

“There were protesters at Mahwalala who also started a fire in the middle of the road,” said the Times of Swaziland. “At around 7 p.m., police arrived and tried to disperse the crowd by firing tear gas.”

A number of protesters aligned with the opposition People’s United Democratic Movement (PUDEMO) have been arrested. They include Sikelela Dlamini, a labor leader with the SNAT Swaziland union organization. Masuku warned that security forces are on the ground to “maintain law and order.”

Masuku also issued a statement warning that continued protests in eSwatini threaten the spread of COVID-19 amid rising African case counts, and urged for de-escalation before the situation gets worse. “Like the rest of the world, the Kingdom of Eswatini is confronted by the deadly COVID-19 pandemic which has gained ground over the past week,” Masuku said.

Security measures include a new curfew that requires businesses to close by 3:30 p.m., and keeps people off the streets between 6 p.m. and 5 a.m. Schools also are closed.