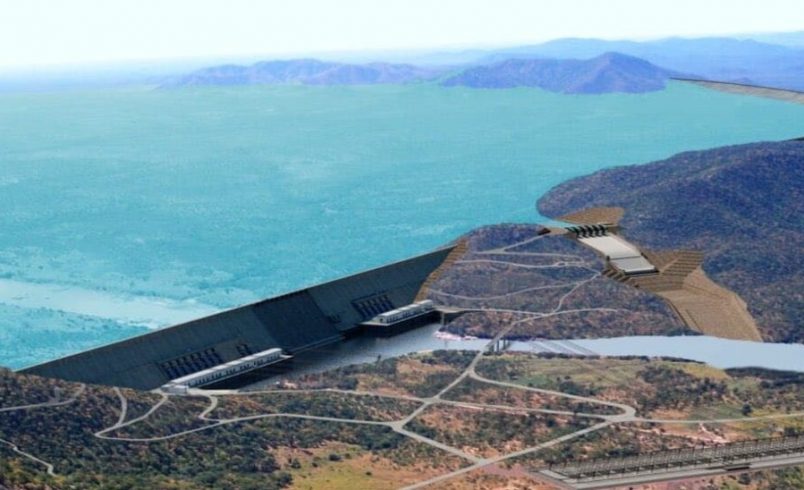 The best chance of solving the prolonged political crisis over Ethiopia’s Nile River dam project is through negotiations led by the African Union (AU), according to members of the United Nations Security Council who took up the dispute during a meeting Thursday in New York.

The UN discussion comes as Tunisia, a current Security Council member aligned with the Arab League, pressed for the meeting to discuss its own proposal to end the standoff. That proposal calls on Ethiopia to halt the process of filling the dam, and for a return to negotiations between Egypt, Sudan and Ethiopia.

Ethiopia began the US$4.8 billion Grand Ethiopian Renaissance Dam (GERD) hydropower project a decade ago, and takes great pride in the progress that an expected 15,000 GWh in energy can deliver for its people. But the Blue Nile on which it stands also winds its way through Sudan and Egypt, with both countries relying on the river for drinking water and agriculture.

Egyptian Foreign Minister Sameh Shoukry warned the council again that Egypt will defend itself from “an existential threat” to its water supply and the potential impacts to 100 million people.

Despite previous agreements and years of negotiations mediated by international partners, the three countries have yet to come to a conclusion on water rights. The AU is the most recent partner to hold talks, and it’s the AU that should continue in that role, said Martin Kimani, the Kenyan representative to the United Nations.

“Kenya has every confidence that our Egyptian, Ethiopian and Sudanese brothers will make the principle of ‘African solutions for African challenges’ a reality,” added Kimani. Norway and Ireland were among the nations in agreement.