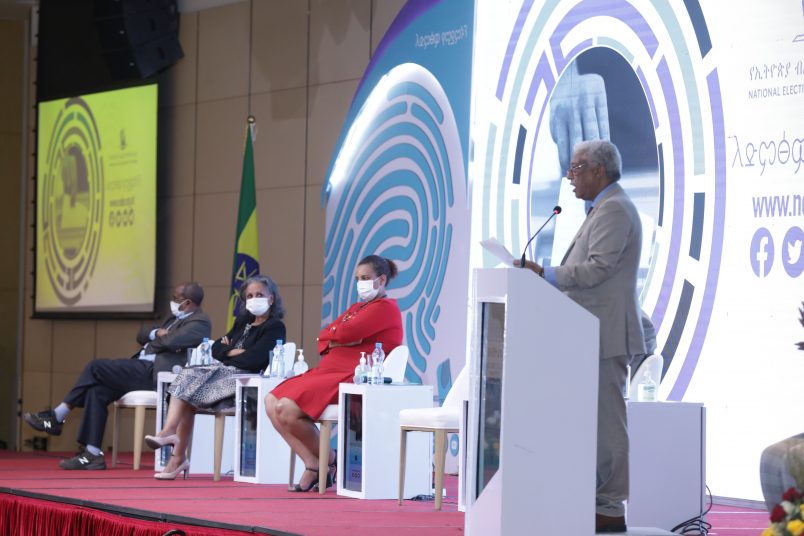 Prime Minister Abiy Ahmed and his Prosperity Party have won the Ethiopian election by a landslide, according to official results released Saturday by the National Election Board of Ethiopia (NEBE).

The ruling party is expected to hold more than 400 of the country’s 546 legislative seats, giving Abiy the power to form his government despite claims of voting irregularities and the ongoing crisis in the northern Tigray region.

NEBE head Birtukan Mideksa, alongside deputy chairperson Woubshet Ayele and Ethiopian President Sahle-Work Zewde, delivered the results in what they assured was a credible election, although Tigray and other regions did not vote because of security challenges or protests. The Oromia region, for example, boycotted elections as the Oromo Federalist Congress (OFC) complained of harassment, intimidation and mass arrests of opposition leaders.

“Similarly, ethnic-induced and border-related conflicts in some regional states such as Somali-Afar, Benishangul-Gumuz (Amhara) and West Wollega, which the authorities designated as ‘hotspots,’ also impacted the elections,” said monitors with the African Union. The AU determined the voting process was legitimate, orderly and peaceful.

“There was nothing, in the Mission’s estimation, that distracted from the credible conduct of the elections,” said the team of roughly 60 observers led by former Nigerian president Olusegun Obasanjo.

Abiy was expected to win the election, but will now turn toward the mounting political and security challenges in Ethiopia, as well as the continuing fight over the Grand Ethiopian Renaissance Dam (GERD). The AU is expected to continue mediating negotiations with Ethiopia, Egypt and Sudan over the dam and Nile River water rights.