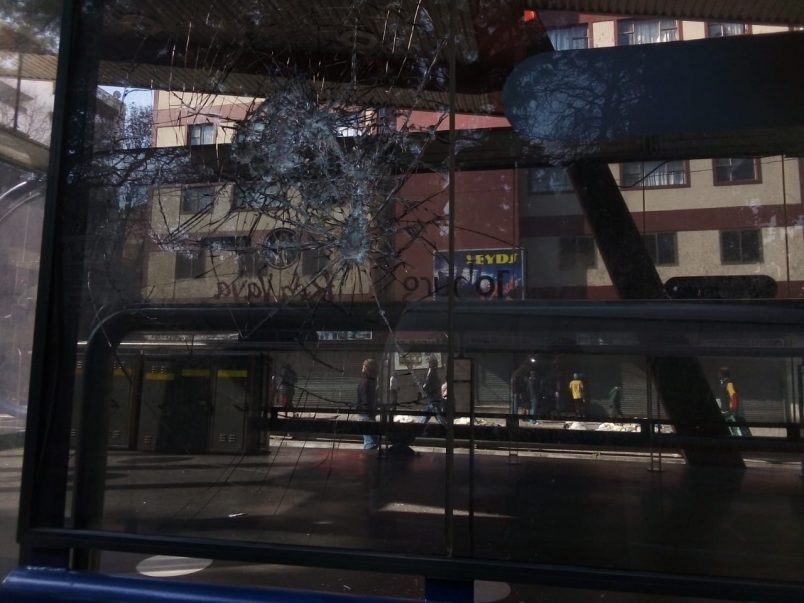 The government of Botswana issued a travel advisory for South Africa on Tuesday because of violent protests that followed former president Jacob Zuma’s surrender to authorities and subsequent imprisonment.

Zuma, long entangled by corruption inquiries and investigations, was sentenced last week to 15 months on contempt of court charges for failing to appear in court to testify in connection with those allegations. He is the first South African president to go to jail since Nelson Mandela and the apartheid era, and observers say the protests over Zuma’s arrest are among the most violent since 1994.

Neighboring Botswana is urging citizens to avoid travel in South Africa, particularly KwaZulu-Natal and Gauteng provinces, because of the protests. The South African military (SANDF) has been deployed in some communities because of looting and vandalism at malls, blocked roadways and other incidents, as protests initially linked to Zuma become a broader backlash over the economy and the rising COVID-19 death toll.

The violence has disrupted infrastructure, leading to unplanned water and power cuts, as well as suspension of transit services and closures of government offices.

“Batswana who are already in South Africa are advised to exercise extreme caution and avoid unnecessary movements, especially in cities such as Johannesburg and Durban,” said the Ministry of International Affairs and Cooperation. “Batswana truck drivers are also advised to consider alternative routes to avoid protest areas.”

South African President Cyril Ramaphosa appealed for calm in an address to the nation on Monday.

“The majority of South Africans do not and should not tolerate violence, the destruction of property and the endangering of livelihoods,” said Ramaphosa. “People are also asked to pay attention to what they post on social media and to be aware that the sharing of fake news or content that incites violence and looting is a crime.”

Botswana also is advising its citizens to avoid travel because of civil unrest in eSwatini, where pro-democracy protests against King Mswati III and his monarchy escalated in recent weeks. Dozens of fatalities were reported in eSwatini as security forces cracked down on protesters.