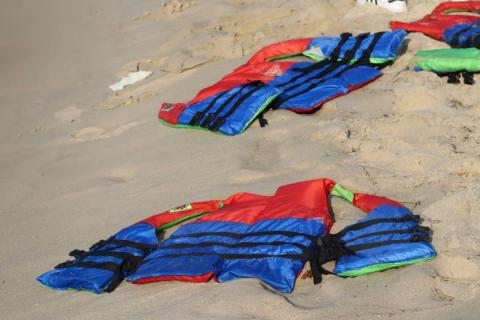 Back in March, a 22-year-old rapper named Sohail Al Sagheer left Algeria for Spain aboard a migrant boat. He went missing and his body wasn’t found until April 5, when it was discovered off the coast of Aïn Témouchent.

The Algerian musician is one of at least 1,146 people who died while trying to cross the Mediterranean Sea in the first six months of 2021, according to a new report from IOM, the United Nations agency on migration. That’s more than twice the number seen during the same period in 2020, although the COVID-19 pandemic likely reduced the normal flow of migrants trying to reach Europe from North Africa.

At least 741 people died on the Central Mediterranean route, while 149 people lost their lives crossing the Western Mediterranean. Another 250 people died while trying to reach the Canary Islands on the West Africa-Atlantic route, though that’s likely an undercount.

Thousands of people also seek to reach the Spanish island territories of Ceuta and Melilla from Morocco, with some of them drowning while they tried to swim for it. Among them was El Araby Kerekech, a Moroccan restaurant worker who was trying to return to a job in Ceuta.

More than 31,500 people were intercepted or rescued by North African authorities in the first half of 2021, IOM said. Tunisia has dramatically increased its intervention efforts, while Libya continues returning migrants — some 15,300 so far this year, at three times the rate seen in 2020.

“This is concerning given that migrants who are returned to Libya are subjected to arbitrary detention, extortion, disappearances, and torture,” said IOM. Director General António Vitorino called on Mediterranean states to “uphold their obligations under international law” and take steps to protect against the loss of life.