Home>Politics & Policy>Mali confirms knife attack on Goïta during Eid prayers
By AT editor - 20 July 2021 at 1:02 pm 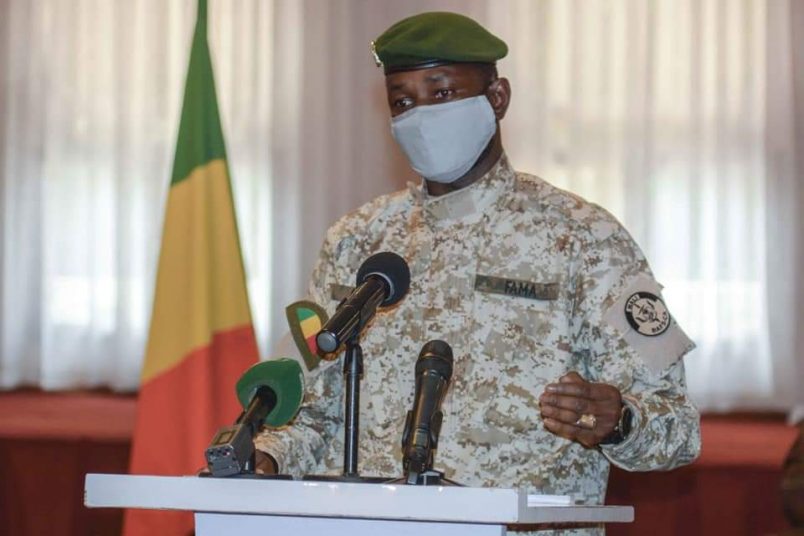 Officials in Mali say an attempted attack on interim leader Assimi Goïta on Tuesday was unsuccessful, and that they’re investigating the incident.

Goïta was at the Grand Mosque in Bamako when an assailant with a knife approached him, according to an Agence France-Presse journalist who witnessed the attack. Mali’s transitional president was at the mosque for prayers during Eid al-Adha, a Muslim religious festival that recalls the Prophet Abraham’s faithfulness and marks the end of the hajj pilgrimage.

The Malian presidency confirmed an “attempted stabbing attack against the president of the transition” a short time after the first reports that Goïta was targeted. Goïta did not appear to be injured.

“The attacker was immediately subdued by nearby security,” said the presidency in its statement. “Investigations are ongoing.”

Goïta took over in May following the resignations of former transitional president Bah N’Daw and his prime minister, Moctar Ouane, in what was the second coup in troubled Mali in less than a year. Longtime leader Ibrahim Boubacar Keïta was forced to resign last August after being detained by Malian forces led by Goïta.

The political upheaval has added even more layers of instability in the Sahel nation, where the regional G5 alliance along with France and other international partners continue the fight against extremists and communal violence. It’s also caused tensions with the African Union and the regional West African body ECOWAS.

Goïta met Friday with the AU Peace and Security Committee to discuss the crisis, which he warned was not just a security priority but political and social as well.