Home>ENERGY & COMMODITIES>G20 environment ministers fail to agree on coal phaseout
By AT editor - 26 July 2021 at 1:39 pm 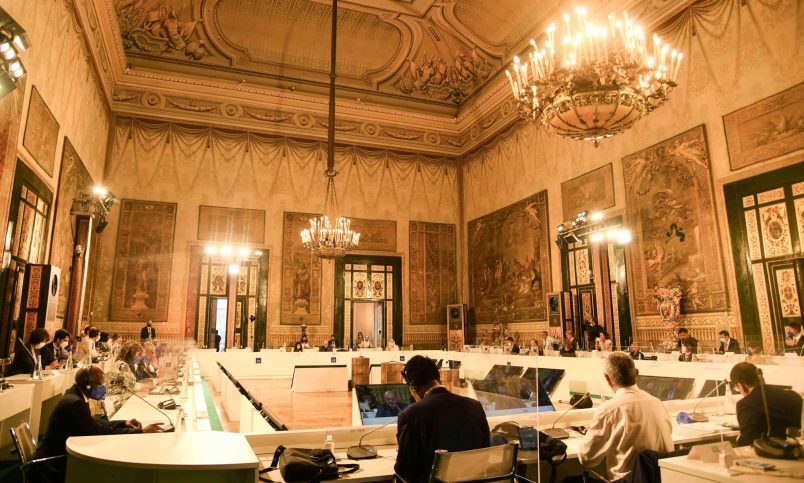 South Africa and the other members of the G20 Environment Ministers issued a final communiqué following their meeting in Italy, but they’ve failed to come to terms on a global coal phaseout.

The meeting, which in some respects signals what to expect ahead of the COP26 climate meeting in Scotland in November, ended with China and India holding off on a commitment to end coal use by 2025. South Africa also relies heavily on coal, with a separate industry report just issued to appeal for a freeze on all new coal plants.

Roberto Cingolani, the Italian Ecological Transition minister and meeting host under the current G20 presidency, said some countries find it impossible to end the use of coal in the shorter timeframe. There is no mention of it in the final communiqué, which focuses on points of agreement.

They include a focus on biodiversity, a commitment to the circular economy, and acknowledgement that climate finance to protect and restore ecosystems needs to be a priority.

“We are determined to reiterate and step up our efforts to end illicit threats to nature and crimes that affect the environment, including illegal logging and illegal wildlife trade, and other harmful activities such as, illegal, unreported and unregulated (IUU) fishing and illegal traffic of waste,” said the document.

“We aim to harness the power of nature-based solutions or ecosystem-based approaches to address biodiversity loss, restore degraded land, boost resilience, mitigate and adapt to climate change, while providing multiple benefits across the economic, social, and environmental domains.”

The full communiqué is available here.