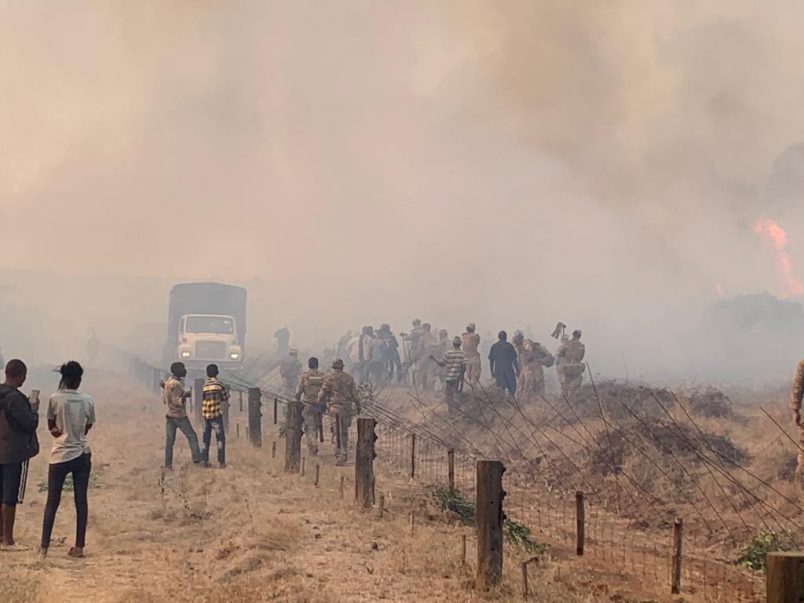 Some 1,000 Kenyans are suing the British military, after a wildfire back on March 24 destroyed part of a wildlife conservation area and affected people in the surrounding communities.

Lawyers for the Kenyans say the British Army Training Unit Kenya (BATUK) started the fire while conducting military training exercises. The BATUK unit is based at Nanyuki, not far from the Loldaiga sanctuary and Laikipia.

The fire destroyed some 12,000 acres at Loldaiga and claimed the lives of some protected animals, although just how many remains unclear and the Kenya Wildlife Service initially denied any such losses.

More difficult was the reported death of at least one Kenyan villager whose widow is a part of the lawsuit.

The British government acknowledged responsibility at the time of the incident but has fought against claims made by the African Center for Corrective and Preventive Action, an environmental group that acts on behalf of the affected communities and is a party to the lawsuit.

“We’re doing everything we can to mitigate the circumstances and put in place measures to ensure it never happens again,” said Jane Marriott, the British diplomat serving Kenya, at the time of the fire.

The African center says villagers complained of health impacts from the blaze, as well as loss of livelihood and broader environmental damage. A Kenyan court in June denied the British army’s request to prevent the villagers from joining in the lawsuit. A separate ruling on whether the case may proceed is expected soon.