Home>News>South Africa rejects decision on Israel's AU observer status
By AT editor - 29 July 2021 at 1:08 am 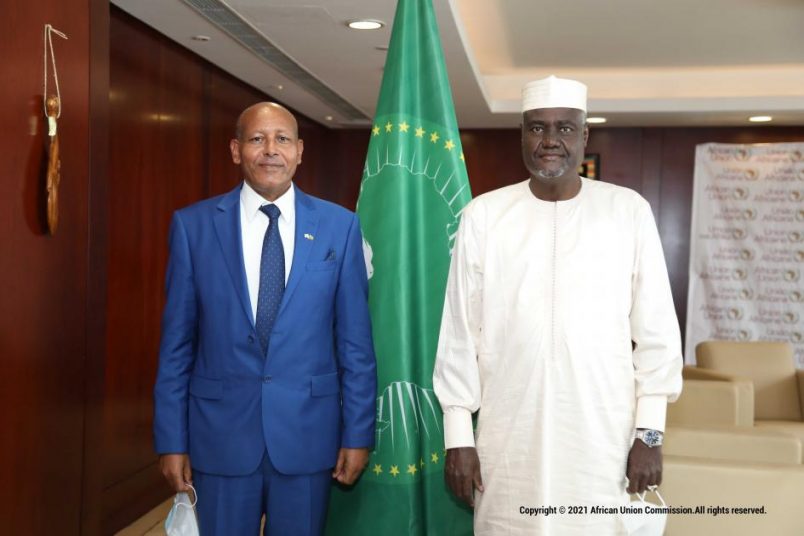 South Africa voiced its objection to Israel’s new status as an observer at the African Union, issuing a statement Wednesday that said it was “appalled” by a decision described as “unjust and unwarranted.”

The statement from the Department of International Relations and Cooperation (DIRCO) follows last week’s decision by the AU to grant the long-sought official observer designation to Israel. The deal was sealed during a visit at the AU headquarters in Addis Ababa, where Aleli Admasu, left, Israel’s ambassador for Ethiopia, Burundi & Chad, presented credentials to AU chair Moussa Faki Mahamat.

During that visit, Mahamat reiterated AU support for Palestinians and a two-state solution in the Middle East, while Admasu welcomed “the beginning of a new phase in building Israel’s relationship with the region at a continental level.”

But it’s not a decision that sits well with Algeria and those nations opposed to the move, including South Africa – a determined supporter of the Palestinian people for decades. The letter from Pretoria charged the AU with acting unilaterally and failing to consult member nations on Israel.

“Israel continues to illegally occupy Palestine in complete defiance of its international obligations and relevant United Nations resolutions,” said DIRCO. “It is therefore incomprehensible that the AU Commission chooses to reward Israel at a time when its oppression of Palestinians has been demonstrably more brutal.”

South Africa said it will demand a briefing from the AU Commission, for all AU member nations to discuss.

“South Africa firmly believes that as long as Israel is not willing to negotiate a peace plan without preconditions it should not have observer status in the African Union,” said DIRCO. “The African Union cannot be a party in any way to plans and actions that would see the ideal of Palestinian statehood reduced into balkanized entities devoid of true sovereignty, without territorial contiguity and with no economic viability.”