Home>Politics & Policy>Lungu deploys military ahead of Zambia elections
By AT editor - 2 August 2021 at 11:44 pm 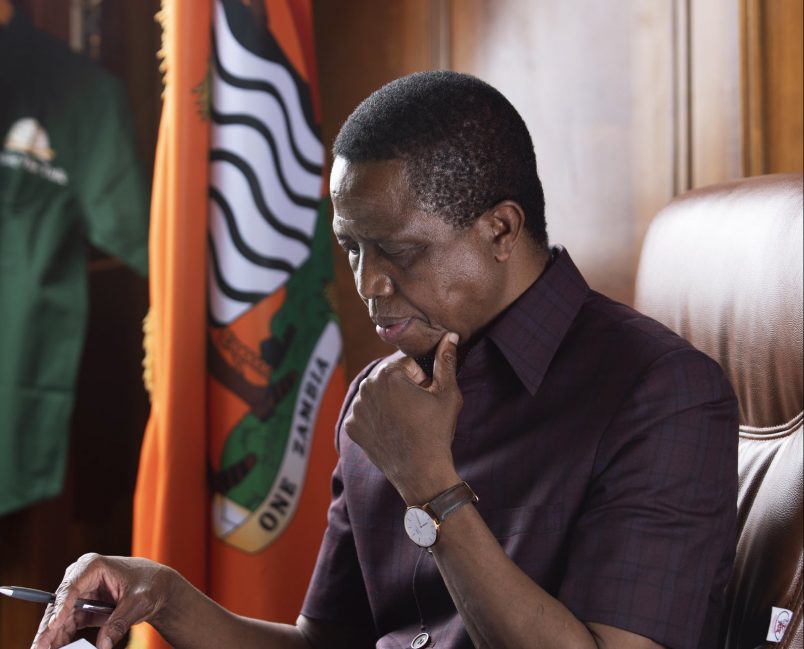 In Zambia, President Edgar Lungu said he has deployed military personnel to assist police in controlling political violence ahead of the country’s August 12 election.
“Defense personnel have already been deployed in some parts of Lusaka and will be deployed in other parts of the country where need arises,” said Lungu in a statement late Sunday. “I have taken this step in order to ensure that the electoral process – the work of the Electoral Commission of Zambia – is not interfered with nor undermined.”
Lungu said the Zambia Army, Zambia Air Force and Zambia National Service will assist with security. He added that the move was necessary following the Friday deaths of two members of the ruling Patriotic Front party in Kanyama, a Lusaka district, in the run-up to the elections.
The country’s electoral commission said Monday that all campaign activities for the United Party for National Development and leader Hakainde Hichilema are suspended in Kanyama.

There’s been growing concern over the political violence in Zambia, where it’s not uncommon for opposition leaders, activists and journalists to face arrest or attack. Lungu denounced that violence, but critics warn of the potential for use of force in a Lungu administration that’s been marred by an increasing authoritarianism since 2015.

Lungu’s right to contest the election is itself disputed. A court decision in December 2018 allowed Lungu to seek a third term, because he successfully argued that he did not serve a full term when first taking office following the death of Michael Sata. Lungu narrowly defeated Hichilema in the first election in 2016.