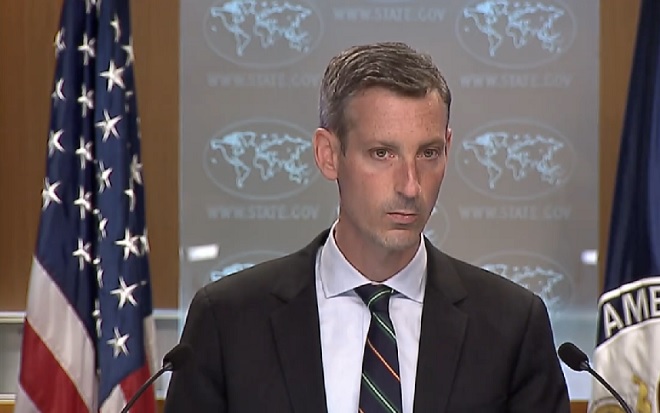 The United States appealed for improved humanitarian aid access and an end to conflict affecting civilians in the Tigray region of Ethiopia, one day after USAID Administrator Samantha Power visited Addis Ababa.

“We call on the TPLF, we call on the Amhara regional forces, we call on the Eritrean Defence Forces, on the Ethiopian National Defense Forces, and associated regional militias to end this crisis and to move towards a negotiated ceasefire,” said Ned Price, spokesman for the U.S. Department of State, during a Thursday briefing.

“In our mind, this is what is most important: ending the conflict, moving toward that negotiated ceasefire, and providing the level of humanitarian access that the people in Tigray need.”

The U.S. announced more than $149 million in additional humanitarian assistance for Tigray ahead of Power’s visit. Price said the U.S. is most concerned about attacks on civilians by any of the armed groups.

“We’re particularly concerned by credible reports that armed forces affiliated with the TPLF and the Tigrayan militias have engaged in attacks against Eritrean refugees in the region,” Price said. “We’re equally concerned by reports of Ethiopian Security Force harassment and arbitrary detention of ethnic Tigrayans in regions of Ethiopia beyond Tigray.”

Price also expressed U.S. concern that the TPLF had overtaken Lalibela, designated a United Nations World Heritage Site for the rock-hewn churches that have stood for centuries.

“Lalibela represents part of Ethiopia’s unique, diverse, and rich cultural heritage, and it’s something that should serve to unite all Ethiopians,” Price said. “We’ve seen the reports that Tigrayan forces have taken Lalibela. We call on the TPLF to protect this cultural heritage.”