Home>Commentary>As Senegal Prepares to Host the Youth Olympics, It Looks to Tokyo for Guidance
By Editorial Board - 10 August 2021 at 1:13 pm 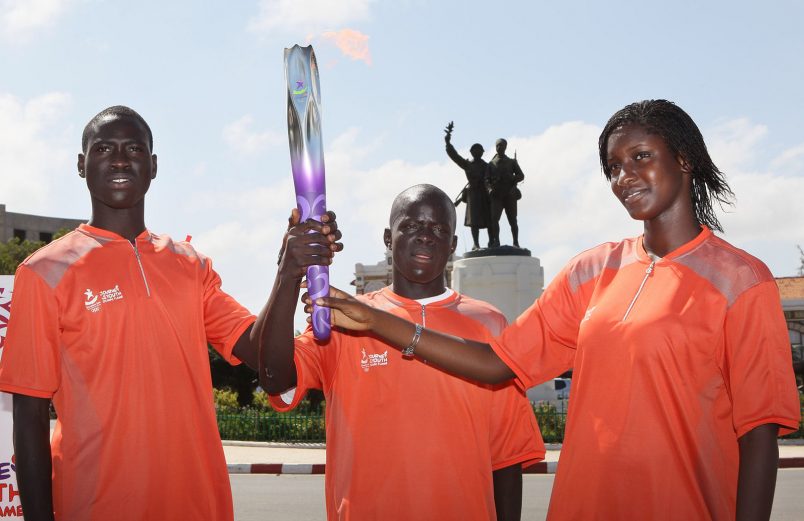 In 2026, Senegal will become the first country in Africa to host an Olympic event, when the Summer Youth Olympics will take place in Dakar. Initially set for 2022, the world’s most important sporting tournament for teenagers has been pushed back on account of the ongoing coronavirus pandemic.

While regrettable, this setback does offer Dakar an important opportunity to prepare for holding the event in a post-pandemic world. The recently finished Tokyo 2020 Olympics had to overcome a number of challenges to successfully hold a historically unique edition of Games, and the lessons learned at the 2020 Games could prove invaluable for the 2026 Youth Olympics.

The five colourful circles of the Olympic Games are one of the most recognizable logos on the planet, and a truly universal symbol of excellence in sport. But only a small number of people will know that the rings, created by founder of the modern games Pierre de Coubertin, are meant to symbolise the five continents. Interestingly, the flag was first hoisted in Alexandria, Egypt, during the 1914 Pan-Egyptian Games, but it is only now that the African circle is really coming into its own by hosting an International Olympic Committee event.

Organizing a sporting tournament of this magnitude is a colossal task even under the best of conditions, but the Dakar Games will be met with an unique set of challenges. While health experts don’t yet know what the world will look like in 2026, it can be stated with some certainty that every major sporting event of the near future will be intensely scrutinized through an epidemiological lens.

Unlike Tokyo, where the organisers were forced to make drastic changes in a short amount of time in order to make sure the Games can take place safely, the Senegal Olympic Committee has the advantage of being able to set up safety measures right from the early stages of planning. As more and more literature is written on the subject, the Senegal organizers must keep pace with the latest recommendations and best practices regarding the safest way to organize events and mass gatherings.

Of course, as recent history taught us, the most difficult thing to prepare for is the unexpected. The organizers of the Dakar Youth Games will have to remain ever vigilant and ready to adapt to any unforeseen challenge that may arise in the next five years.

One challenge that is likely to only increase in the future is the climate crisis. With Africans understanding better than most the immediate effects of climate change, Dakar 2026 Youth Olympics plans to become the most environmentally-friendly Olympic event to date. As young people are more interested in sustainability and the environment than ever before, that focus is a natural fit for the premiere youth sporting competition.

The delay will offer the Dakar Games the chance to further increase its focus on sustainability, with efforts already in place to drastically reduce the event’s carbon emissions. To that end, all the newly built venues rely on either solar or alternative energy, while the city of Dakar will also see extensive modernization to its public transportation network, which will serve as the main way of transport for athletes and officials.

These endeavours fit with the overall push by Senegal to turn a page on sustainability, especially when it comes to clean energy. Over the last few years, the country has stepped up its focus on solar power, with several large-scale plants beginning to take advantage of its immense solar potential. The Senegalese government also plans to place the Olympics at the forefront of a larger, nation-wide effort to clean up the country’s cities and beaches. This includes the banning of single-use plastic and the introduction of a monthly “cleaning day”, during which citizens are encouraged to declutter their neighbourhoods.

The focus on sustainability at the Dakar Games will be the next step in the direction of climate-friendly Olympics, after the Tokyo edition already made important strides on that front.

In Tokyo, the medals were made out of precious metals retrieved from old mobile phones, while the podiums were made out of recycled plastic. The most high-profile innovation, however, were undeniably the beds in the Olympic village, which were built from strong recyclable cardboard, but were mischaracterized in the media as flimsy and designed to discourage sex.

This sort of misinformation is likely to affect the Dakar Games as well, with much of the world’s media still treating Africa as a source of “exotic”, but poorly-researched stories. Here as well, Senegal can look at Japan for guidance. When the false story about the so-called “anti-sex beds” became viral, the organizers did not rush to deny the narrative with a strongly-worded statement, but rather let the athletes themselves debunk this myth through social media posts and videos.

The success of Tokyo 2020 was only possible due to the tenacity and preparedness of the Japanese IOC, which reacted with poise and determination not only to the challenges posed by the pandemic, but also to the resignation of several members of the organising staff or the leaking of the opening ceremony details. Not willing to underestimate the importance of being prepared, the Dakar 2026 organizers emphasized the edition plan as the key document for the Games, serving as the blueprint for everything from budget and finances to the schedule of individual events.

While hosting an Olympic event is still uncharted water for Africa, the Dakar Youth Games won’t have to start from scratch but will be made better with the help of accumulated wisdom from those that came before them.