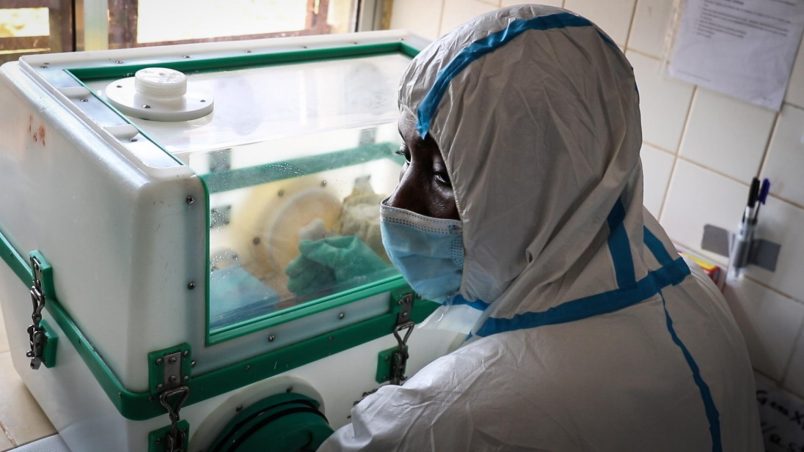 The western African nation of Cote d’Ivoire has reported its first case of Ebola since 1994.

The country’s ministry of health said the case was confirmed at the Institut Pasteur after samples were taken from a patient hospitalized in Abidjan. The unidentified person traveled to Abidjan from Guinea by road on August 12.

Guinea had a four-month long Ebola outbreak that was declared over on June 19. The World Health Organization said there’s no immediate link to the earlier outbreak in Guinea in this case, but gene sequencing and further tests will determine if there is a connection between the two.

It is the first time an outbreak has occurred in a large city such as Abidjan since the 2014–2016 West Ebola outbreak, WHO said.

“It is of immense concern that this outbreak has been declared in Abidjan, a metropolis of more than 4 million people,” said Dr Matshidiso Moeti, the WHO regional director for Africa. “However, much of the world’s expertise in tackling Ebola is here on the continent and Cote d’Ivoire can tap into this experience and bring the response to full speed. The country is one of the six that WHO has supported recently to beef up their Ebola readiness and this quick diagnosis shows preparedness is paying off.”

WHO says it is helping with the cross-border Ebola response and sending 5,000 of the Ebola vaccine doses in Guinea to Cote d’Ivoire, following an agreement between the ministries of health of both nations. WHO is supporting them in infection prevention and control, diagnostics, and other key areas.

Other African nations focused on COVID-19 should strengthen their preparedness for potential Ebola cases, WHO said.