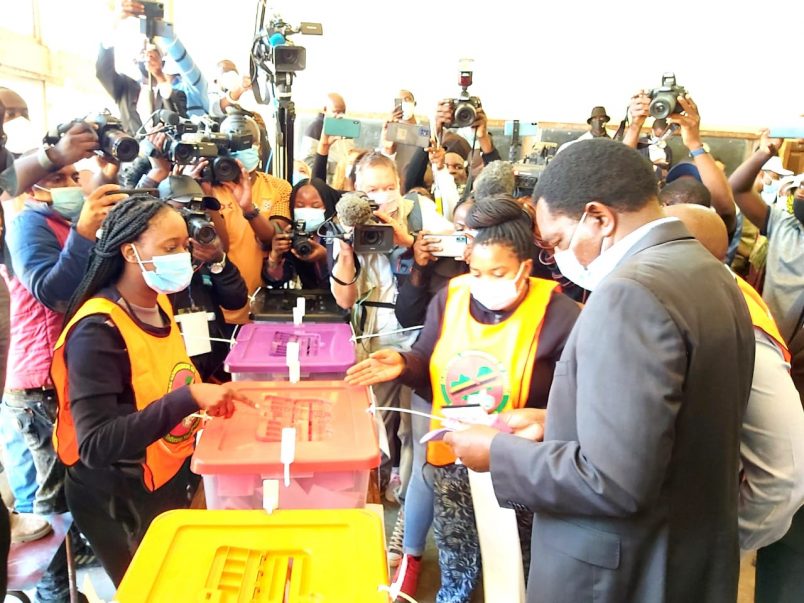 Samantha Power, head of the USAID agency in the United States, pressed for Zambia’s commitment to democratic values during a congratulatory call to president-elect Hakainde Hichilema.

Power and Hichilema also focused on Zambia’s fight against corruption, and the role of civil society in delivering a peaceful and credible election that put the longtime opposition leader into power on August 12.

Hichilema, the United Party for National Development candidate, received about 60 percent of votes cast to defeat President Edgar Lungu after years of pressure placed on the UPND and other opposition actors.

“Hichilema emphasized that it was important for his new government to demonstrate that it can deliver for the people of Zambia, especially young people,” said Rebecca Chalif, a spokeswoman for Power, the former U.S. ambassador to the United Nations.

“Power said that the United States looked forward to partnering with the President-elect’s government as it seeks to meet the Zambian people’s democratic and economic aspirations.”

Hichilema noted his hope that, in a period of democratic backsliding globally, Zambia’s progress can serve as an example for other nations. The remark signals an assurance that Zambia, which lost some of its shine as an African “success story” under the increasingly authoritarian Lungu, is ready to work with the U.S. and the West.

The leaders also pledged to work together in the fight against COVID-19 and in Zambia’s economic recovery.