Home>Finance & Economics>France's Castel calls for inquiry after report on C.A.R. operations
By AT editor - 22 August 2021 at 6:00 pm 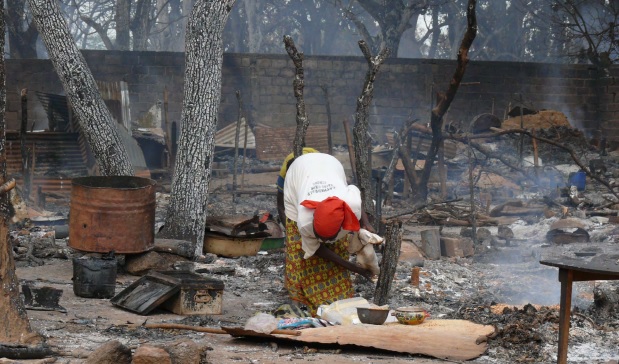 France’s Castel Group, one of the largest wine producers in the world, says it will launch an investigation into claims that it paid armed group members to provide security for its operations in the Central African Republic.

The company’s announcement follows an investigation by The Sentry, a human rights and anticorruption NGO based in the United States. The Sentry published its findings on Thursday.

The report, “Cultivating Atrocities: French Sugar and Beverage Giant Castel Group Linked to the Funding of Brutal Militias in Central African Republic,” charges that Castel paid the Union for Peace in the Central African Republic (UPC) to protect its subsidiary SUCAF RCA. The armed group patrolled its factory, sugar cane fields and roads. to drive out competition.

The Sentry investigation links the UPC to mass killings, torture, and attacks on the internally displaced, including one in 2018 at Alindao, shown above.

The report says UPC and other militia groups have been paid since 2014 by Castel, which has a significant footprint on the African continent. It calls for a thorough investigation from the governments of France and the C.A.R., as well as the International Criminal Court and the wider international community.

“The Central African Republic is besieged by predatory operators both foreign and domestic that profit from a state of permanent war,” said John Prendergast, a co-founder of the NGO. “Companies such as the Castel Group subsidiaries operating in CAR’s sugar sector should be investigated and held fully accountable for any complicity in war crimes and crimes against humanity they are determined to have committed.”

Castel issued a brief statement confirming that it will conduct an investigation, but has had no further comment.