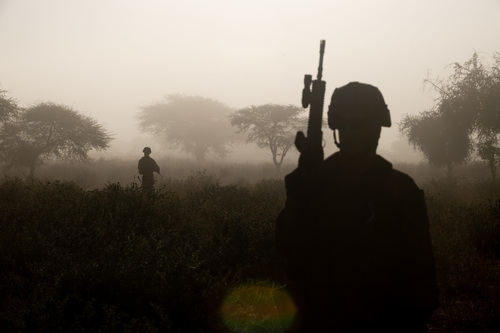 Weapons from Serbia and other European nations are being used by extremists in the Sahel and supporting armed conflict, according to a new Amnesty International report.

The global NGO said it reviewed more than 400 pieces of digital media from Burkina Faso and Mali, including verified photos and videos posted on social media by members of armed groups between January 2018 and May 2021. The groups include Islamic State of Greater Sahara (ISGS), and the al-Qaeda-affiliated Jama’at Nusrat al Islam wal Muslimeen (JNIM).

The evidence shows the weapons come from Serbia, the Czech Republic, France and Slovakia, said Amnesty.

“The conflict in the Sahel has been characterized by serious human rights violations by all parties, including massacres of civilians by unaccountable armed groups,” said Patrick Wilcken of Amnesty. “More than a million people have been displaced in the region, and the humanitarian crisis is fast becoming one of the worst in the world.”

Wilcken said states must act with extreme caution when selling weapons because there is an unacceptably high risk of diversion to armed groups in the Sahel, and national armies and police forces in the region have appalling human rights records.

The report comes ahead of the annual Arms Trade Treaty conference next week. The ATT bans arms exports where there is the risk they will be used to commit genocide and other crimes against humanity. It includes the risk that weapons sold to governments will be diverted to human rights violators, Amnesty said.