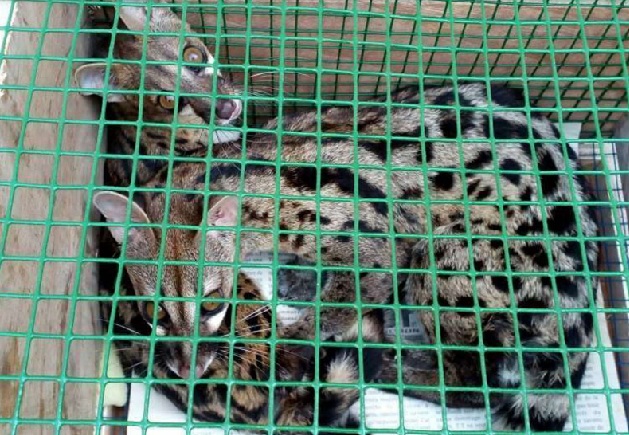 A provocative new report from the World Animal Protection organization claims that Ethiopian Airlines, the leading airline on the African continent, is involved in fueling the global wildlife trade.

“Between 2016 and 2020, at least 25 different species of wildlife, including reptiles, mammals, invertebrates and amphibians featured in at least 30 Ethiopian Airlines shipments,” says the “Cargo of Cruelty” report.

“We examine the cruelty and impact of this commercial international trade by looking through the lens of animal welfare, conservation, legality, biosecurity and public health risks. We call on Ethiopian Airlines to become a wildlife-friendly corporate by stopping the shipment of wild animals.”

The British animal rights organization says the African civet, African spurred tortoise and African Ball python are just a few of the animals, some of them endangered, that were shipped via Ethiopian flights. They were destined for countries as diverse as Italy, South Korea, and Malaysia.

The report was based on a review of social media posts advertising the animals from Togo and two different traders operating in the West African country. World Animal Protection says West Africa is a growing hub for wildlife coming from central parts of Africa, and the traders offered some 200 different species.

“While the world still grapples with the pandemic, it’s important to remember how it’s believed to have all started – the wildlife trade,” said Edith Kabesiime, the NGO’s wildlife campaigns manager.

“Ethiopian Airlines has an important role in connecting Africa to the world,” Kabesiime said. “They are importing lifesaving Covid-19 vaccines, but at the same time, by exporting live wild animals, they could be transporting dangerous pathogens around the world. The airline has a responsibility to safeguard against future pandemics and protect the continent’s incredible wildlife.”

There was no immediate statement from the airlines about the allegations in the “Cargo of Cruelty” report.