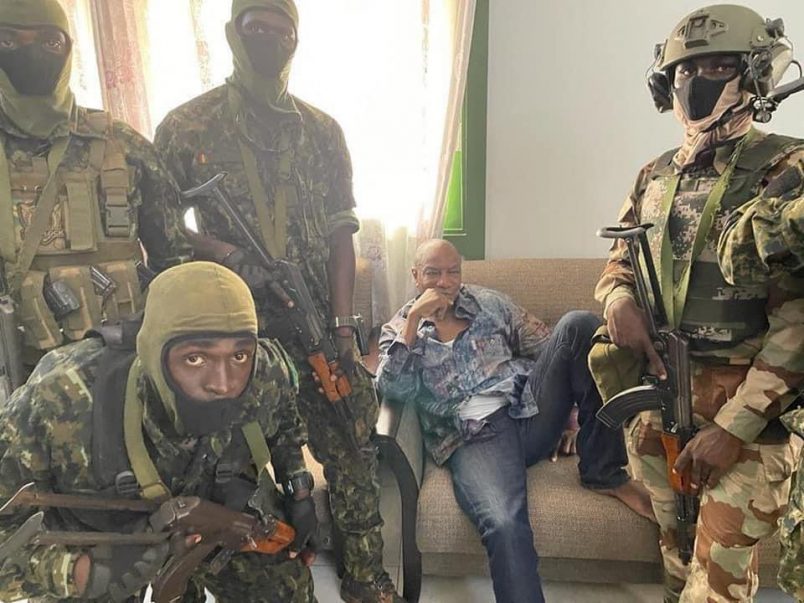 Leaders of the African Union and United Nations have called for the immediate release of President Alpha Condé following a coup attempt in the West African nation of Guinea.

Moussa Faki Mahamat, the AU Commission chief, and Congolese President Félix Tshisekedi, the current head of the AU member nations, issued a statement late Sunday that condemned the seizure of power by force. They called on the AU Peace and Security Council “to meet urgently to examine the new situation in Guinea.”

UN Director General António Guterres said he was personally following the situation. “I strongly condemn any takeover of the government by force of the gun and call for the immediate release of President Alpha Conde,” Guterres said.

The 83-year-old Condé was taken into custody early Sunday by military forces aligned with the political opposition. Witnesses described gunfire near the presidential palace in Conakry, followed by a heavy military presence in the capital.

Soldiers later released photos of themselves with Condé inside his quarters, and then as Condé was being transported to an undisclosed location. Military leaders went on television to announce to the nation that Condé’s Rassemblement du People Guinéen (RPG) government had been dissolved and the constitution suspended.

Guinea saw a series of violent protests following the decision to allow him to run again, with tensions continuing through his October 2020 reelection.