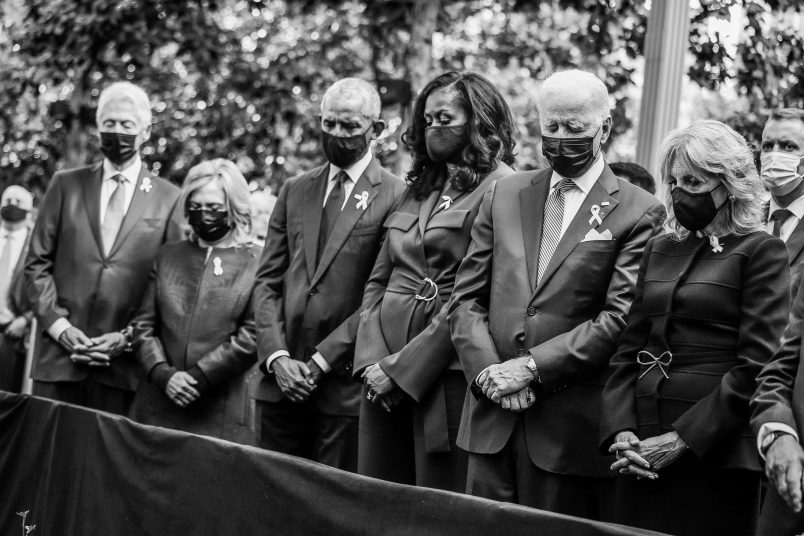 Sekou Siby of Côte d’Ivoire survived the September 11 attacks in 2001, but many did not—and dozens of them were also immigrants to the United States who, like Siby, worked at the World Trade Center that day.

As Americans gathered at the weekend to mark the 20th anniversary of terror attacks that initially took some 3,000 lives, so did people from around the world who remembered victims from 90 countries who died in the attacks.

In addition to the two planes that hit the World Trade Center towers in New York City, there were two other hijacked commercial aircraft used to attack the U.S. that day. Both flights ended in fatalities, one in the attack on the Pentagon building in Washington DC, the country’s defense hub, and the other crashed into a field not far from the city of Pittsburgh.

Siby told National Public Radio news in the U.S. that many of his co-workers at the Windows on the World restaurant who died in the 2001 attacks were immigrants. NPR reported that even after 20 years, there are still 67 undocumented workers missing without a trace.

And with them many more September 11 victims who were people from South Africa, Morocco, Egypt and other nations. Ethiopia-born Dr. Yeneneh Betru was on the American Airlines flight that crashed into the Pentagon. Craig Gibson, born in South Africa, was in his World Trade Center office. His remains have never been found.

New York City officials said last week that they have identified about 60% of all attack victims across these two decades, and announced the names of two more.

“Twenty years ago, we made a promise to the families of World Trade Center victims to do whatever it takes for as long as it takes to identify their loved ones, and with these two new identifications, we continue to fulfill that sacred obligation,” said New York’s chief medical examiner, Dr. Barbara A. Sampson. “No matter how much time passes since September 11, 2001, we will never forget.”