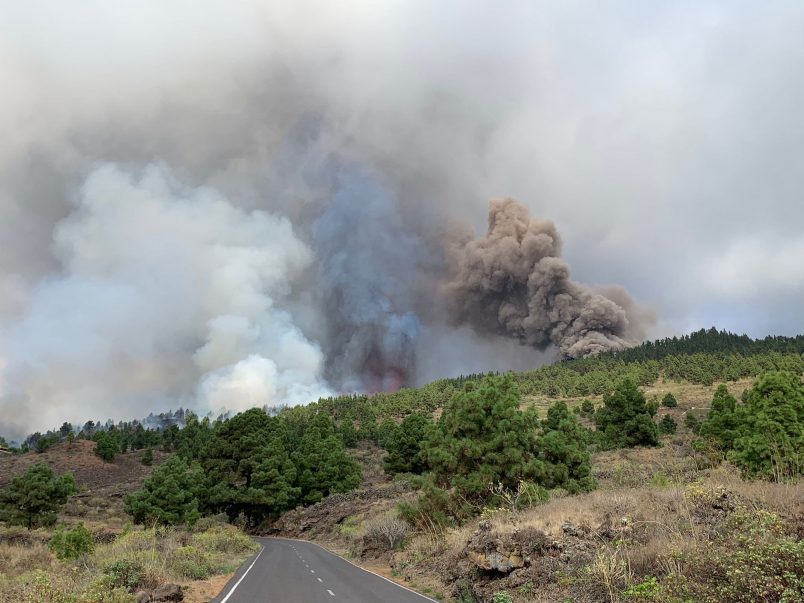 Residents of the Canary Islands were asked to stay away from an area on the island of La Palma, where the Cumbre Vieja volcano erupted on Sunday.

The nearby communities of Las Manchas de Abajo, San Nicolás and Jedey were put on alert after the eruption on the island, a territory that is part of Spain but lies just off the African coast. Other communities, including Paraiso and points south and west of the park where the volcano is located, were added.

“Follow the advice of the authorities and DO NOT GO near the site of the eruption,” said INVOLCAN, the geologic agency based on the main island of Tenerife. Island authorities urged La Palma residents to avoid closed roads, and limit travel on the main L-2 highway. The area went to a Level 2 emergency by 5 p.m. as eruptions continued.

There were no injuries reported, but Cabildo de La Palma officials said the volcano has five vents and the magma flow continued in a path towards the coast.

INVOLCAN has been monitoring increased seismic activity on La Palma in recent days. Some 25,000 small earthquakes have happened in a swarm that started on September 11.

There were many earthquakes that preceded the eruption, including the largest on Sunday at a 4.2 magnitude. Such swarms have happened about 10 times in recent years, INVOLCAN said. They include earthquake swarms that happened in 2017, 2018 and 2020, as well as three this year.

“Without a doubt the current seismic swarm represents a significant change in the activity of the volcano,” the agency said, warning that they cannot rule out more intense activity in the coming days.