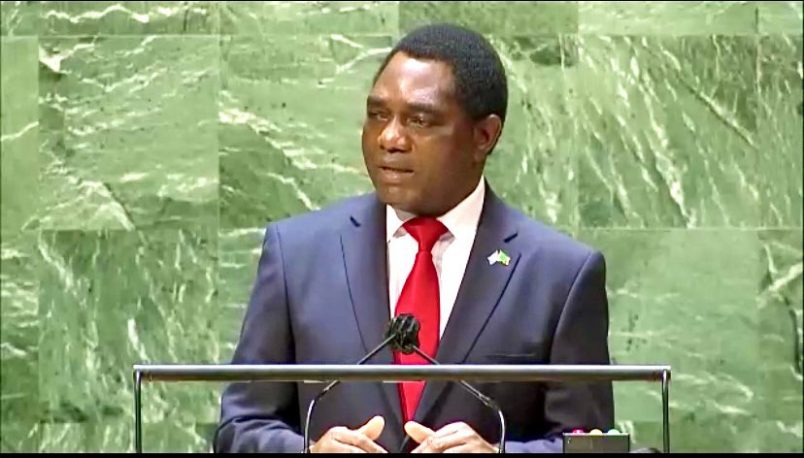 Zambia’s overall debt on loans made by Chinese entities is nearly double what was reported by the former administration under Edgar Lungu, according to a new report from the China Africa Research Initiative (CARI) in the United States.

The report puts the actual figure at US$6.6 billion in August 2021. Zambia has disclosed just $3.4 billion in the past, which has long been a sticking point both domestically and abroad amid suspicions that the southeast African nation was not being transparent about its Chinese debt load.

That became apparent in November 2020, when Zambia defaulted on Eurobond payments during the pandemic and lenders refused debt suspension because of concerns over undisclosed debt to China.

President Hakainde Hichilema, who was elected in August, has said the new Zambian government is just getting a look at the real numbers. Opposition leaders have long complained of a lack of transparency over Chinese interests in Zambia, including the country’s state-owned enterprises. That lack of transparency has occasionally led to violent clashes arising from protests over Zambia’s troubled economy.

The authors at CARI, a project of the School of Advanced International Studies at Johns Hopkins University, warn their findings don’t support the conclusion that Zambia’s total debt was underreported. That debt was at $14.3 billion in December 2020.

“These Chinese debt figures can largely be accounted for in Zambia’s Ministry of Finance reports,” said CARI authors Deborah Brautigam and Yinxuan Wang. “It does mean that the Lungu government was not transparent about the heavy weight of Chinese financiers among its many external creditors.”