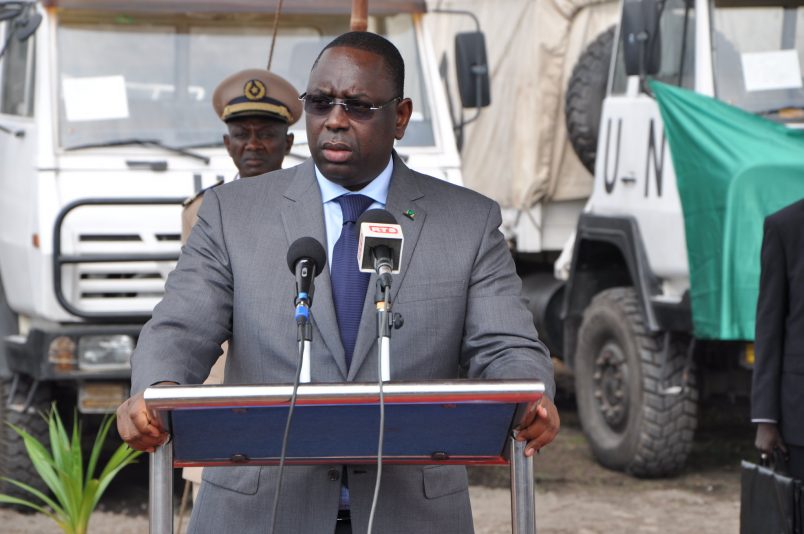 As the latest step in a broad programme of infrastructural development, Senegalese president Macky Sall inaugurated a new 300-bed level-3 hospital in Touba at the weekend, one of the most modern in West Africa. The completion of the 40-billion-franc Cheikh Ahmadou Khadim hospital is a major boost for Senegal’s healthcare sector, which is undergoing a comprehensive overhaul amidst plans to construct several new facilities and modernise older regional hospitals.

The Touba hospital’s successful inauguration registers a stamp of approval for Senegal’s partnership with the French engineering and contracting firm Ellipse Projects, in charge of building the facility. At the inauguration alongside the company’s CEO Olivier Picard, President Macky Sall was full of praise for the firm, enthusing that “there’s no doubt that [Ellipse Projects] is up to the mark; this is how we want to work with companies, this quick and careful work.”

Dakar’s partnership with Ellipse Projects goes well beyond the Touba hospital—the French firm has also been charged with building hospitals in Kaffrine, Sédhiou and Kédougou as part of a €150 million contract entailing conducting studies, constructing the facilities and supplying equipment for medical and technical services. More recently, Senegal entrusted Ellipse Projects with the 250-billion-franc task of renovating and upgrading the country’s judicial infrastructure— a project that will involve nearly 70 buildings, including the Supreme Court.

Stimulating progress in a variety of sectors

The launch of the Touba hospital is also the latest sign that Dakar is embarking on an ambitious plan of infrastructure investment, in the healthcare sector and beyond, which could see Senegal’s national infrastructure finally catch up with its economic growth.

For over a century, Senegal’s strategic value – especially via its city port of Dakar – was as a conduit to the African continent for international traders. More recently, the government has been preparing the country for an independently prosperous future.

The ten-year ‘Plan Senegal Emergent’ (PSE), launched in 2014, includes a range of infrastructure projects designed to improve citizens’ quality of life, as well as to underpin the country’s transition from an economy reliant on agriculture, trade and tourism to one that capitalises on Senegal’s vast offshore oil and gas deposits.

Although the PSE has been revised in light of the Covid-19 pandemic to stimulate greater private investment, while promoting the twin goals of sustainable growth and economic resilience, the push to upgrade the country’s infrastructure is still paramount.

Industries linked to the oil and gas sector are expected to gain momentum as the country’s energy resources become monetised over the next decade: Sall’s large-scale infrastructure, transportation, aviation and logistics projects will prepare the ground for this expansion, attracting foreign direct investment (FDI) not just into the lucrative oil and gas industry, but also more established sectors like tourism.

Construction work has already begun on the Ourossogui-Matam airport in Senegal’s north-east region. The 14-billion-franc cost of works will be partly financed by the Czech Export Bank and the Czech Export Credit Agency, is one component of a more detailed program to build airport infrastructure to international standards. Other projects in this initial phase include the redevelopment of Kédougou, Tambacounda and Ziguinchor airports, with investment in a further eight regional airports to be the focus of a second planned phase.

Ambitious investments are also underpinning progress in the high-speed Regional Express Train (TER) project that will enable people to travel from Dakar to the Blaise Diagne International Airport in under 45 minutes. Work to unify transport links across the city are ongoing and will support increased passenger numbers in the capital – up to 115,000 per day.

Senegal’s highways are undergoing a parallel transformation to encourage easier regional and sub-regional integration. The Dakar-Diamniadio-AIBD Toll Highway will include almost 50km of motorway between Dakar and the airport, while the motorway linking Dakar and Thiès is being extended; in both cases, the developments are designed to relieve traffic congestion in the city centre. It’s believed that these new transport arteries will promote broader business growth as well as establishing an international route linking landlocked neighbouring countries along the so-called MSGBC Basin.

Getting back on track

Pre-pandemic, Senegal was recording some of Africa’s strongest economic growth. Although this has slowed sharply in the last 18 months, negatively affecting tourism and exports, the government’s intervention via its economic and social resilience (ESRP) plan has helped to protect the lives – and livelihoods – of its citizens.

Recovery is likely to be gradual but with PSE-driven reforms, a return to the country’s growth trajectory is possible. Senegal’s economy was in the ascendant before the pandemic; its GDP increased by 5.3 percent in 2019 alone, according to the International Monetary Fund (IMF). Analysts expect the economy to return growth of 5.1 percent in 2021 and 6 percent in 2022, so long as the pandemic is brought under control.

With the pandemic threatening to neutralise the socio-economic gains to date, however, an influx of private investment will be essential if Senegal’s economic advancements are to be maintained. Progress on oil and gas projects has been delayed by the global health crisis and is only expected to contribute significantly to revenues by the middle of the next decade. Meanwhile, traditional industries continue to hold sway; agriculture is still the dominant force in the country’s economy.

The challenge facing Sall’s government will be to mitigate the impact of the pandemic, while promoting sustainable and inclusive growth. It’s hoped that fresh public investment in new infrastructure (and, adjacently, in job creation) will not only improve regional and national connectivity but will also promote the capacity of the private sector, enabling it to become more competitive and, ultimately, more productive.

If Senegal can focus on developing the resources necessary to finance broader socio-economic transformation, it will surely pave the way to a brighter future.