Home>Politics & Policy>China shifts the story on hypersonic missile test
By AT editor - 18 October 2021 at 10:30 pm 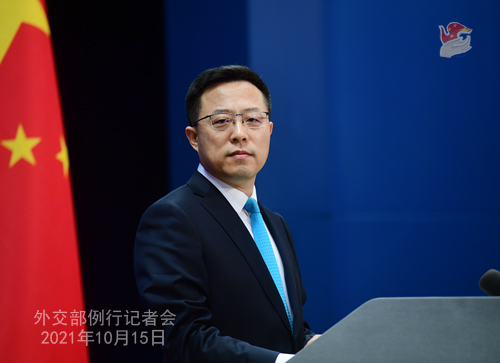 China on Monday backed away from a report that its space program succeeded this summer in testing a nuclear-capable hypersonic missile, while insisting that the August mission was merely a “space vehicle” test.

Zhao Lijian, spokesman for the Chinese Ministry of Foreign Affairs, made the comments during a daily press briefing. They were in response to a question about a recent Financial Times report, which said the test caught United States officials by surprise with Beijing’s demonstration of more sophisticated low-orbit space and weapons capabilities than expected.

Zhao said the previously undisclosed mission was “a routine test” of the space vehicle to “verify technology” about its reusability. He compared it to the work done in other nations on peaceful space travel.

“As I just said, it’s not a missile but a space vehicle,” said Zhao when reporters pressed for more.

U.S. officials remained concerned, along with some in India and other parts of the world asking about the nature of the test.

Five unnamed sources familiar with the test told the FT that China actually launched one of its Long March rockets with a hypersonic glide vehicle that, when sent toward earth, missed its target by two dozen miles.

“We have no idea how they did this,” said one of the U.S sources.

From Zhao’s remarks and previous statements, it remains unclear exactly when and why China’s space mission was conducted. A transcript of the Monday briefing appeared later to have been removed the MFA website.