Home>African Future>Africa's glaciers threatened by climate change
By AT editor - 19 October 2021 at 2:09 pm 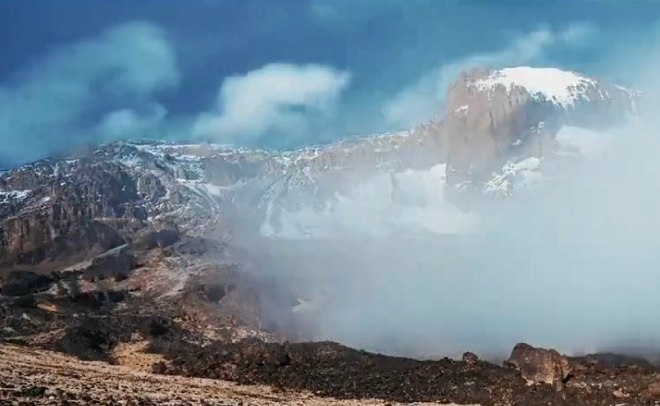 Climate change is causing the rapid melt of glacier ice on the African continent, with all of it likely to be gone by 2040 or sooner, according to a new report from the World Meteorological Organization and its partners.

There are just three mountains in Africa that are covered by glaciers: the Mount Kenya massif, the Rwenzori Mountains in Uganda, and Mount Kilimanjaro in Tanzania. Mount Kenya may even lose its glacier ice by 2030.

While these African glaciers are not a significant source of fresh water, they do serve to support tourism and are part of ecosystems that are more broadly impacted by climate change. The melting is part of a wider pattern of increased heat, drought, and other climate impacts that disproportionately affect Africans.

The findings, detailed in the State of the Climate in Africa 2020 report released Tuesday, are a sign of “imminent and irreversible” climate change impacts to the planet, said WMO head Petteri Taalas. The report was released ahead of the upcoming United Nations COP26 climate change talks in Scotland.

Up to 118 million extremely poor people on the continent will be exposed to drought, floods and extreme heat by 2030, the WMO report said. It was completed in partnership with the African Union Commission, the Economic Commission for Africa (ECA) through the Africa Climate Policy Centre (ACPC), and other agencies.

The report estimates that investment in climate adaptation for sub-Saharan Africa would cost between $30 to $50 billion per year over the next decade. That’s roughly two to three percent of GDP.

“This presents a serious challenge for climate adaptation and resilience actions because not only are physical conditions getting worse, but also the number of people being affected is increasing,” said Josefa Leonel Correia Sacko, the AU commissioner for rural economies and agriculture.