Home>News>New evacuations on La Palma as volcano eruption continues
By AT editor - 21 October 2021 at 4:39 pm 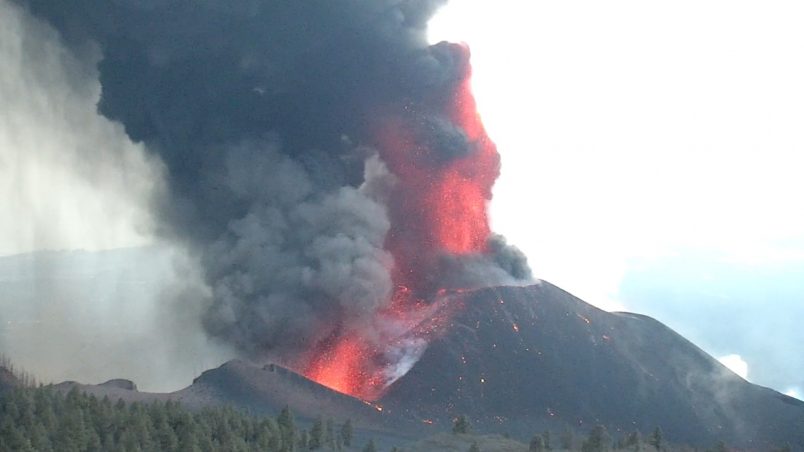 New evacuation zones were ordered in the Canary Islands as the Cumbre Vieja volcano shows no signs of stopping.

The volcano erupted on September 19 and has continued to pour lava onto the island of La Palma for more than a month now. It originally flowed west to the sea on a more southerly route that led to at least 7,000 evacuations by last week.

But now there are new lava flows that are taking a more northerly route to the west. That has put the town of La Laguna directly into the path of destruction, with buildings and roads damaged. On Thursday, another 50 homes were evacuated from the towns of Llanos de Aridane and Tazacorte.

“We can’t fight or keep the lava from getting where it’s heading,” the regional president, Ángel Víctor Torres, told news outlet EFE. “We do not have any mechanism for this to change. We are at the mercy of the volcano.”

New rounds of seismic activity also were recorded. They include a 4.3-magnitude earthquake that happened overnight near the town of Villa de Mazo, according to Spain’s National Geographic Institute. It is one of dozens of quakes that continue because of the volcanic activity in the island territory of Spain.

Authorities in the Canary Islands say they are providing support to the displaced as the volcano emergency goes on and on.