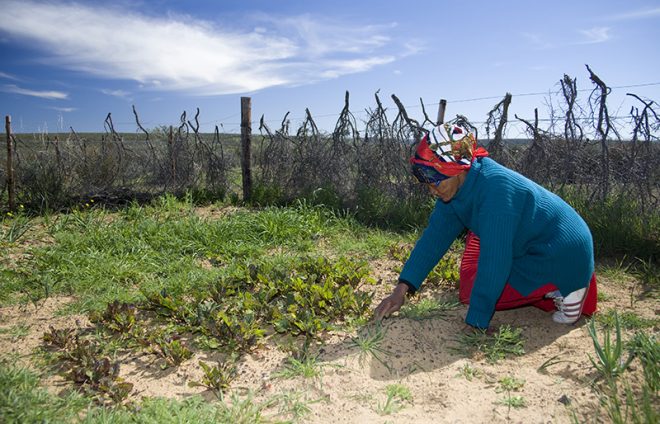 On the shores of the coastal Senegalese city of Saint Louis, climate change is no longer a distant threat. It is already a current issue impacting its people. Hundreds of them have had to flee the devastating effects of rising sea levels and erosion, losing their livelihoods, aspirations, and opportunities.

This example illustrates how the cost of inaction is far greater than the cost of early investments in prevention. According to the newly released Groundswell West Africa report, up to 32 million people – the equivalent of Ghana’s population – might be compelled to move internally by 2050 if countries don’t take concrete and immediate climate and development action. This movement might start as early as 2030.

The story of West Africa has long been a story of people having to migrate to adapt to changing climate and look for livelihood opportunities: nomads traveling the Sahel to feed their livestock, fishermen braving stormy seas, or merchants crossing the desert.

Yet, despite the region being the lowest contributor to global carbon emissions, the people of West and central Africa are now facing unprecedented challenges. Climate change is already wreaking havoc across the region and climate shocks disproportionately affect the poorest households with long-term impact on their human capital.

In the arid Sahelian strip, temperatures are rising 1.5 times faster than the global average, worsening existing issues of droughts, desertification and erosion. With growing water scarcity, pastoralists are looking for new pasturelands and farmers are facing lower crop productivity. This has also increased the risk of conflict between farmers and herders at the start of the agriculture season.

In Nigeria alone, we estimate that 9 million of its citizens could be pushed to migrate in some of the most vulnerable regions unless early action is taken by the government. Core cities like Dakar or Lagos are also threatened by the rise of sea levels, storm surges or desertification. Millions of city dwellers might be compelled to leave these rapidly growing hubs while fragile areas like Northern Nigeria or the Mali-Burkina Faso border could face more climate in-migrations putting pressure on the land and livelihoods.

It is time for our countries to take swift action to avert tomorrow’s crisis. Combating climate change is critical for the region’s development. As highlighted in the Groundswell West Africa report, “immediate and concerted action to reduce global emissions and support green, inclusive, and resilient development, could reduce the scale of climate migration by as much as 60 percent in West Africa.”

African countries can harness opportunities from the crisis to prioritize programs that support adaptation and build resilience. This will require strong leadership, an integrated and far-sighted strategy, as well as a big step up on finance. The recent analysis from the Africa Pulse estimates that sub-Saharan Africa will require about $30 billion to $50 billion each year over the next decade to finance investments in climate adaptation.

The World Bank Group has put climate at the core of its actions and through the Next Generation Africa Climate Business Plan, it aims to deliver $22.5 billion for climate action in sub-Saharan African countries, with at least half focused on adaptation and building resilience. In West and Central Africa, the West Africa Coastal Areas Program (WACA) is helping countries build the resilience of coastal communities in Benin, Cote d’Ivoire, Mauritania, Sao Tome and Principe, Senegal and Togo.

This facility led to several initiatives, from waste management to tourism villages or public-private partnerships in ports management, that provided thousands of youths with job and business opportunities. A series of Country Climate and Development Reports will be conducted for Cameroon, Ghana, and the G5 Sahel countries to help analyze how climate change impacts countries’ development and identify priorities for building resilience to improve growth and development.

In the Sahel, the Regional Sahel Pastoralism Support program is helping pastoral herders in their agricultural practices across six West African countries. In addition, more than $5 billion will be invested over the next five years to build climate-resilient communities across 11 Sahelian countries that are part of the Great Green Wall initiative. This will finance over 60 projects – covering a variety of sectors including agriculture, energy, and transport – with a focus on promoting livelihood, restoring degraded landscapes, and improving agriculture productivity.

In Congo Basin countries, the World Bank has also a strong commitment to support forest-smart development and is helping countries design and implement policies and integrated programs for reducing emissions from deforestation and forest degradation.

These are just some examples of how we are scaling up our climate investments.

Addressing climate change requires bold reforms and massive investments across key economic sectors, but we cannot afford inaction.  The international community must do its part to cut greenhouse gas emissions and meet the temperature goals of the Paris Agreement. We owe it to our children and future generations in West and Central Africa and beyond.