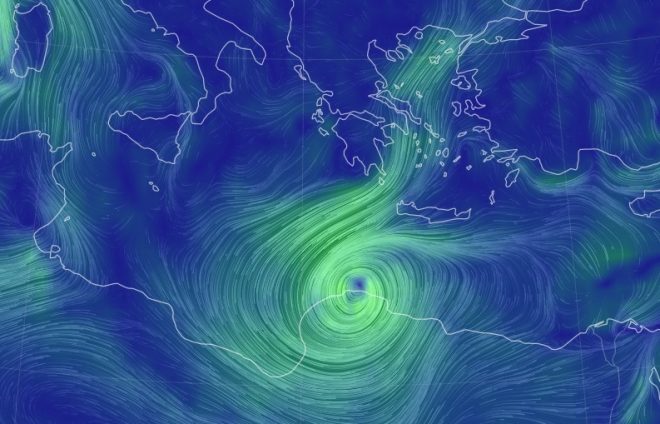 A Mediterranean storm that’s lasted for more than three days has finally reached the coast of Libya, according to France’s Keraunos Observatory.

The subtropical storm, sometimes called a “medicane” for some of its hurricane-like features, reached the coastal Derna region on Sunday morning. The French storm experts said much of the rainmaker storm’s activity remained on its eastern side. It continued to have moderate winds of up to 35 knots (64 kph/40 mph).

The storm, called Apollo by Italian authorities, began on October 28. It caused extensive damage over Sicily and parts of the southern Italian coast, with rain rates of 300 to 350 mm during the three-day window and reports of higher rainfall in isolated pockets. At least three people died in the storms.

“The rains were sometimes torrential in eastern Sicily, between Catania and Syracuse, during the last week of the month,” said Keraunos in its latest advisory. “The floods were sometimes spectacular, with considerable damage.”

Christian Mulder, a professor of ecology and climate emergency at the University of Catania, told the BBC last week that climate change is a driver of these intensifying Mediterranean storms. That includes rising sea temperatures.

“We are used to thinking that this type of hurricane and cyclone begins in the oceans and not in a closed basin like the Mediterranean. But this is not the case,” said Mulder. “This Medicane is forming due to the torrid climate of north Africa and the warm waters of the Mediterranean Sea.”