Home>News>Ethiopia, Eritrea respond on Tigray as US diplomat arrives for talks
By AT editor - 4 November 2021 at 9:05 pm 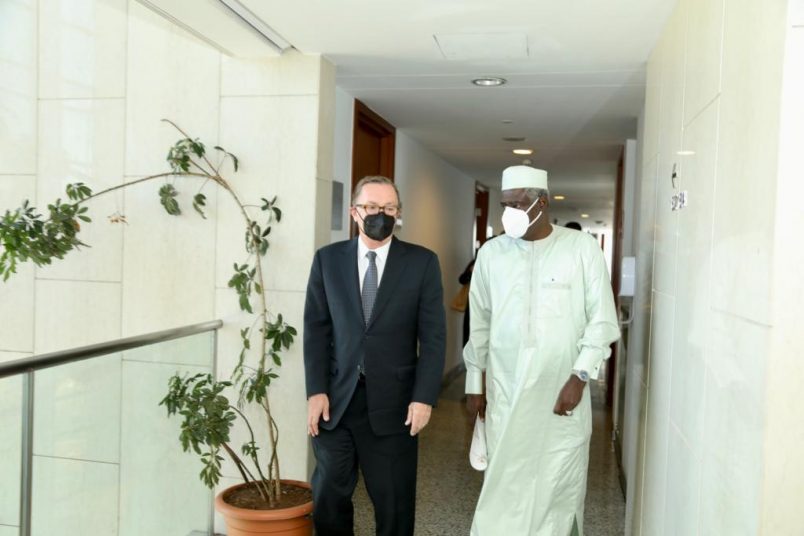 Ethiopia’s government says a United Nations report on the year-old conflict centered in the Tigray region supports the consistent denial from Addis Ababa that it is engaged in genocide or intentionally withholding humanitarian aid as a weapon of war.

“As the report makes abundantly clear, the TPLF triggered the tragic conflict and committed some of the most egregious violations and abuses,” said a statement released by President Abiy Ahmed. Those violations include ethnic-based killings, torture, sexual violence, and other human rights violations, according to the report.

It was completed jointly by the Ethiopian Human Rights Commission (EHRC) and the Office of the United Nations High Commissioner for Human Rights (OHCHR) and released Wednesday.

Ethiopia downplayed the government’s own role in the conflict, which has now lasted a year and claimed at least 50,000 lives as it spills into adjacent regions despite a ceasefire declared in June. Recent days have seen TPLF forces make territorial gains in a move toward the Ethiopian capital, prompting Abiy to declare a state of emergency.

Neighboring Eritrea, which has military forces fighting in Ethiopia, also was implicated in some of the atrocities listed in the report. Asmara also issued a response that was more forceful in denying the report’s claims.

The report comes as global leaders again seek to intervene. Ugandan President Yoweri Museveni has called for an East African leaders’ summit on the Ethiopian conflict, while the regional Intergovernmental Authority on Development (IGAD) again called for a ceasefire on Thursday.

United States diplomat Jeffrey Feltman, the U.S. special envoy for Horn of Africa, began a two-day visit to Ethiopia at the African Union on Thursday. He met with AU Commissioner Moussa Faki Mahamat to discuss both the Ethiopian and Sudanese crises.

Feltman stressed that the U.S. is not alone in its concern over Ethiopia, citing the efforts of the AU, the Kenyan government, the European Union and others in seeking to end the conflict.

“The Prime Minister now has the power and the opportunity to embrace peace,” Feltman said. “Instead, we see the situation getting worse, not better.”