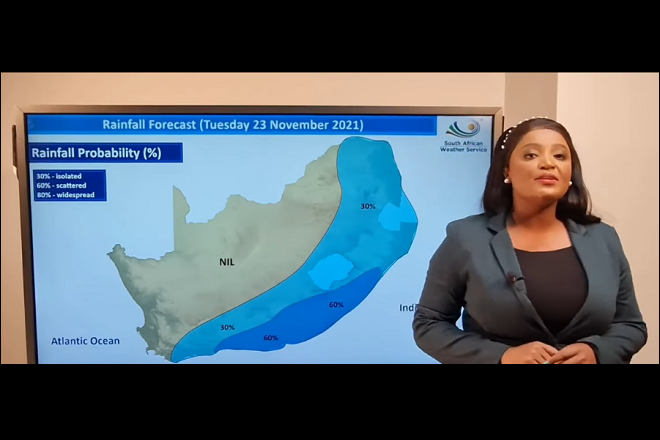 South Africans living along the country’s coastal Garden Route braced for continued rains, even as they dealt with flooding that prompted water rescues and closed roads and schools.

There were no immediate reports of injuries, but property damage was ongoing along the route. It runs roughly from east of Cape Town at Mossel Bay to Port Elizabeth.

The Garden Route Municipality District (GRDM) said in a 1 p.m. statement on Monday that rain continued in George and other communities affected by the deluge.

“Many residents’ homes have been flooded and they are now stranded and in desperate need of essential supplies,” the GRDM said. Emergency services took a number of flood-related rescue calls, and authorities continued to monitor a dam near Charly Williams Road that appeared to have a “dam wall under pressure.”

They also said a railway line was damaged due to flooding in the Bos en Dal area of George, leaving a diesel tanker stranded on the tracks.

The South African Weather Service (SAWS) said 95 millimeters (about 3.75 inches) had fallen at George by 11:30 a.m. The Witfontein site recorded 135 mm (5.3 inches), with reports that the Malgas River had flooded.

Mossel Bay rescue crews said water was entering homes and buildings. Roads were still open as drivers were asked to slow their speeds. Yet not all roads remained open, with rockslides reported between George and Oudtshoorn, and the Swartberg Pass closed because of heavy rain.