Home>Politics & Policy>Tired of waiting, Africa needs to stride toward a post-Covid future
By AT editor - 22 November 2021 at 11:33 am 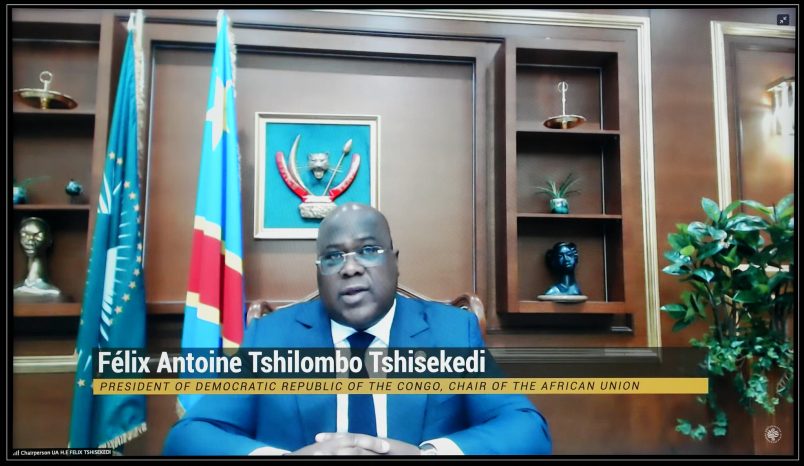 As European countries are experiencing a fresh surge in Covid-19 infections and are beginning to target the unvaccinated as the culprit, it’s easy to forget the yawning gap between the West and the developing world. In Africa, untold millions have been infected with the disease, with the number of deaths spiking since this summer.  Worse still, an analysis from the World Health Organization (WHO) indicates that the true number of infections could be as much as seven times higher than currently reported figures.

Global vaccine inequality bears a significant part of the blame for Africa’s slow progress in the fight against COVID-19. As of October this year, G20 countries had received 15 times more vaccine doses per capita than countries in sub-Saharan Africa, and less than five percent of the African population has been fully vaccinated so far. That’s because wealthy countries have failed to follow through on earlier vaccine pledges to low- and middle-income countries via the global COVAX initiative.

Of the 1.3 billion doses that were promised to the continent, only 356 million doses have actually been provided through the initiative. Of those that have been delivered, receiving countries are often in the dark about the type of vaccine being donated, worsening the already nightmarish logistical challenge of getting shots in arms safely. Consequently, many countries remain intensely vulnerable to an exacerbation of the pandemic. With the developed West now facing what will likely be the worst Covid winter yet, chances are that enthusiasm for distributing coveted vaccine doses to Africa will diminish further.

It doesn’t help that some countries are forced to wage a dual battle of misconceptions about the virus and high levels of distrust toward COVID-19 vaccines. The Apostolic church in Zimbabwe, for example, has a tradition of rejecting medical interventions. Leaders of these “white garment” churches have refused to encourage congregants to get vaccinated. Many do as they’re told: “We believe in God, and science is entirely subject to God’s will,” argues Gramaridge Musendekwa, of the Vadzidzi Apostolic church, “My family will not take the vaccine because we are protected by prayers.”

Dispelling Covid myths in the DRC

In the Democratic Republic of Congo (DRC), for example, President Felix Tshisekedi has been on a quest to improve vaccine coverage in the country ever since coming to power in 2018, focusing particularly on standard immunizations against diseases such as measles, mumps and others. To achieve this, the government in 2018 launched the Emergency Plan for the Revitalization of Routine Immunization, which aims to increase national vaccine coverage by 15%, targeting the most vulnerable regions.

Drawing on these national and pan-African preparatory initiatives, Tshisekedi has been fighting the Covid-19 pandemic as well. He received his Covid-19 jab in September this year, urging his compatriots to do the same: “The vaccine remains the best available solution for combating Covid-19 at the moment,” said Tshisekedi at the time of his jab, “Having lost several relatives to the disease, I am in a better position to testify about the devastating impact of the pandemic.”

While in the meanwhile the DRC received 250,000 doses of the Moderna vaccine and another 250,000 Pfizer doses soon thereafter – seen as a critical step in boosting the confidence of the Congolese people in the vaccination drive – other countries are struggling harder to overcome the resistance among their populations. In South Africa, researchers have noticed an increase of vaccine hesitancy among the those aged 18-24, from 37% in January to 45% in August.

Worse, there doesn’t seem to be a readily available answer to the phenomenon, the researchers admit. Catholicism, like in many African countries, is likely a driving factor, but so is the fact that the government has been slow to react to the spread of disinformation about the virus and vaccines. At the beginning of the pandemic last year, President Cyril Ramaphosa introduced a new law making the spread of fake news illegal – hardly an effective tool given its lack of real teeth and the institutional hindering successful enforcement. Instead, private initiatives consisting of volunteers are handling most of the fight against fake news, spending hours debunking misinformation on social media.

As the head of the African Union (AU), Tshisekedi has also made it a point to call on rich countries to fulfil their promises in helping Africa in the fight against COVID-19, and has pushed to expand the variety of vaccines on offer in the DRC and the entire continent. In October, the AU announced its intent to purchase up to 110 million doses of Moderna’s Covid vaccines, to be distributed over the course of several months in badges of 15, 35 and 60 million doses. The move is set to immediately increase the amount of vaccines available – a big step towards achieving the WHO’s minimum goal of seeing 10% of African countries’ populations vaccinated, albeit with a significant delay.

As the developed world is preparing for a hard winter, Africa must not be forgotten, both from a financial and vaccine point of view. If the pandemic is to be overcome, the continent must be supported by all means – the West would be wise to realize that nothing can be won as long as the developing world is left in the dust.