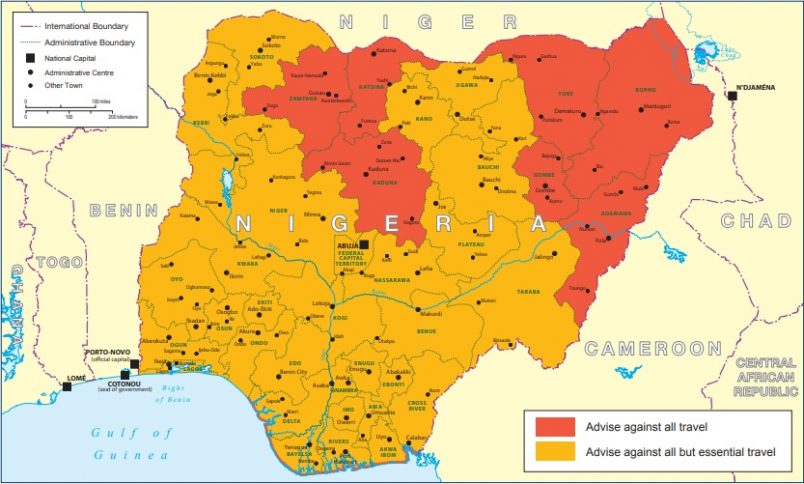 Nigeria has been added to the UK “travel ban” list because of concerns about the spread of COVID-19 and a rise in cases linked to the omicron variant of the coronavirus.

The decision prompted a new wave of frustration among Africans, with the Nigerian high commissioner in London, Sarafa Tunji Isola, calling the decision another case of COVID-related travel apartheid.

He was the latest African leader to complain about bans that appear to target African nations even though the omicron variant, first found in Botswana, is spreading across Western and other nations too.

“The position has to be taken based on scientific and empirical evidence,” the Nigerian diplomat told BBC. “It is not a kind of panicky situation. We must have the facts.”

Nigeria was the eleventh nation placed on the UK’s travel red list, effective at 4 a.m. on Monday. All of the countries on the red list are African nations. UK citizens also are advised not to travel to any of the listed countries.

The emergence of the new variant in early November has caused upheaval in South Africa, where it is responsible for a new wave of infections. But it also is not clear that the omicron variant emerged there. Neighboring Botswana initially reported that foreign diplomats tested positive for the new COVID variant before returning to their home(s), but no one has confirmed where they traveled from originally.

Community transmission of the variant is now confirmed in the UK, Denmark, and other parts of the world.

“It remains disappointing that some countries continue to block direct flights from southern Africa due to the Omicron variant,” said Tedros Adhanom Ghebreyesus, director general of the World Health Organization.