Home>Commentary>Sahel conflict calls for coordination between African and international partners
By Editorial Board - 8 December 2021 at 1:20 pm 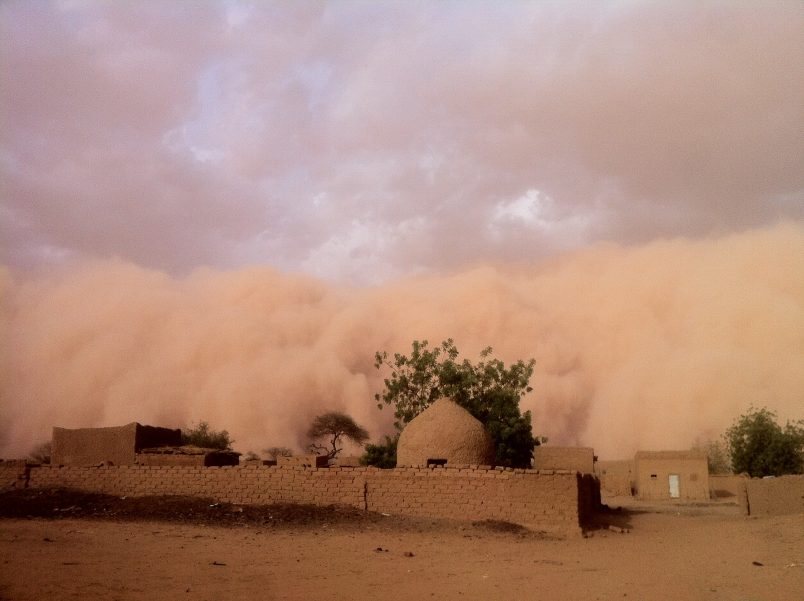 Senegalese foreign minister Aissata Tall Sall recently called on China to become more involved in the Sahel region, specifically expressing a hope that Beijing will be a “strong voice” in combatting the rising tide of terrorism in the region. The appeal certainly has its logic, given Beijing’s expanding influence in Africa and the increasingly urgent need to address the terrorist threat in the area.

Before China becomes deeply involved in Sahelian counterterrorism efforts, however, it would be better for countries on the ground to coordinate with their international allies to map out the contours of international support for what should remain an Africa-led effort to stamp out extremism. The lessons of France’s largely unsuccessful campaigns over the last eight years, alongside the bristling tensions between Paris, Washington and Moscow over the Wagner Group’s African incursions, are testament to the need for a cohesive strategy to contain and ultimately eliminate the danger going forwards.

Sall’s speech came at the opening of a Sino-African summit hosted by Dakar. Given that China is Africa’s largest trading partner, with direct commerce between the two parties exceeding $200 billion in 2019, it’s not thoroughly unreasonable to ask Beijing to take a more hands-on role in the escalating security crisis unfolding in the Sahel. With insurgents apparently emboldened by the victory of the Taliban in the Middle East, there has been an uptick in terrorist attacks in regional nations such as Burkina Faso, Mali, Niger and Nigeria. One recent incident claimed the lives of 69 Nigerien civilians, while the precarious political situation in Bamako has prompted some observers to predict that Mali may become the next Afghanistan.

However, it would be unwise for Beijing to rush blindly into the fray. After all, France has been fighting a complicated battle in the region since it bailed out the beleaguered Malian government in 2013. Support for the French-led Operation Barkhane has been waning both at home and abroad, with French citizens disgruntled at its immense (and seemingly fruitless) expenditure and anti-French sentiment simmering across the region. Most recently, a French convoy carrying supplies to its Barkhane base in central Mali has been stopped multiple times by protestors in Burkina Faso and Niger, with violence and even deaths resulting from the skirmishes. As one analyst specializing in the Sahel put it, “France is swimming in a pool of hostility”.

It’s perhaps unsurprising, then, that French troops are already beginning to wind down their missions. French President Emmanuel Macron is aiming to reduce his troops by more than half by next year – and Russia appears more than willing to fill the shortfall in boots on the ground. If reports are to be believed, the military junta in Mali is in negotiations with the Wagner Group, a band of mercenaries with unofficial links to the Kremlin. The Wagner Group have experience of fighting insurgencies in Africa with mixed success, though at a terrible cost as they have allegedly seized control of mineral resources and committed gross human rights abuses. Both Macron and US President Joe Biden have vociferously warned against any such deal rolling out the red carpet for Wagner.

Indeed, Mali looks increasingly likely to become the arena for a power tussle between Paris and Moscow. “The Russians are reshuffling the deck”, a high-ranking French military official recently warned, as France pushes back against an apparent Russian disinformation campaign currying favour in Bamako. If Russia and China ratchet up their involvement in the Sahel’s security crisis, it could set the stage for Africa to become merely the backdrop to another “great powers” competition.

Instead, focus must remain on the real task in hand; driving back the threat posed by the extremist groups in the Sahel which have grown in number, size and effectiveness in recent years. This would necessitate key stakeholders from around the world conferring on how an African-led solution could take shape and what kind of international support this would require.

Thankfully, the broader Sahel region already has some strong security actors. After longtime Chadian leader Idriss Déby Itno was killed in April on the front lines of a fight against rebels, his son Mahamat Idriss Déby—a four-star general with on-the-ground experience battling extremists alongside French forces—took the reins of a transitional government. Chad’s transitional council is in the process of organising a national dialogue as a prelude to elections, but in the meantime Mahamat Déby has remained an encouragingly steady hand on the tiller who has notably continued his father’s commitment to tackling extremism.

Indeed, Déby the younger has taken the lead on coordinating counterterrorism efforts with international allies such as France, and N’Djamena is nearly doubling the size of its army from 35,000 today to 60,000 by the end of next year. With Chad such an important pillar of the G5 Sahel security force historically, that kind of leadership is more crucial now than ever.

Elsewhere, fellow G5 member Mauritania has made impressive strides in terms of its own security situation and has remained relatively peaceful for the last decade. That stability has arrived as a result of quadrupling the defence budget, investing sensibly in troops, their education and their equipment and the country’s bilateral and multilateral partnerships intercontinentally and internationally. That progress has led to the establishment of the G5’s Collège de Défense in Nouakchott in 2018, while another anti-terror academy dedicated to training cadres and special forces for deployment in the Sahel recently opened up in the Ivory Coast.

With such strong continental foundations in place, African leaders must be the cornerstone of counterterrorism plans going forwards. However, they can’t hold back the growing threat of insurgency alone and global support in the shape of funds, troops, training and equipment has to be forthcoming. This support, however, must not come at the cost of turning Africa’s fight against terror into a fight between global powers.