Home>African Future>Turkey-Africa Summit takes leaders to Istanbul
By AT editor - 17 December 2021 at 2:56 pm 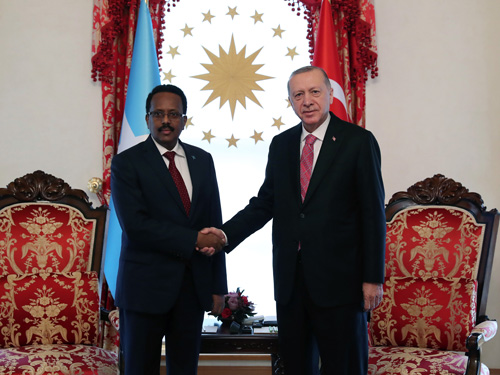 African leaders are in Turkey this weekend, as they take part in the third Turkey-Africa Partnership Summit hosted by President Recep Tayyip Erdoğan.

The summit is meant to promote and deepen ties between Istanbul and African nations, with some 40 countries participating in the talks. They’re meant to lead to action plans on development and other projects.

Friday’s events focused on healthcare, education and agriculture, with meetings scheduled among the various foreign ministers in attendance.

Erdoğan has met for bilateral talks with leaders from Mauritania and Libya, among others. They include Presidents Muhammadu Buhari of Nigeria, Mohamed Farmaajo of Somalia, and Faustin Touadéra of the Central African Republic.

Under Erdoğan, Turkey has in recent years increased the attention turned toward Africa with state visits in West African nations like Ghana and The Gambia. However, most of these efforts have been focused in Horn of Africa nations, with significant investments in Somalia and Sudan.

The greatest scrutiny of Turkey’s diplomatic and security efforts center on Libya, though. While Erdoğan has taken a central role in negotiations meant to move Libya beyond its leadership crisis and decade-long infighting, his nation also has come under fire for sending fighters and equipment to the region in defiance of the United Nations ban.